The best way to protect German children from poverty is for both parents to work, a new Family Ministry report has said. The number of children at risk from poverty has risen in the country, despite a booming economy. 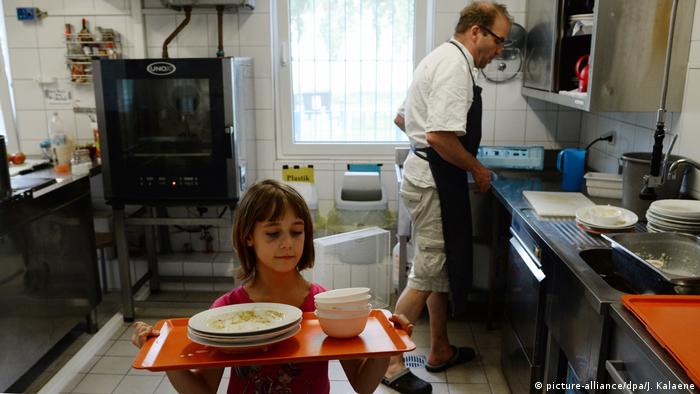 Some 2.8 million children and young people in Germany were living at risk of poverty in 2015, the German government's new "Family Report" has found. That translates to 19.7 percent of all under-18s - a 1.5 percentage-point rise on the 2010 figure, according to the report presented by Family Minister Katarina Barley in Berlin on Friday.

The government added that the main factor in this rise was an increase in migrant families living in Germany, but it also found that families in which only one parent – usually the father – was at work had significantly less income than when both parents worked. "The best protection against poverty is employment for both parents," the report said.

With an official rate of 44 percent, children living in single-parent households have a particularly high poverty risk - more than four times as high as households with two parents. Families with more than two children, or from migrant backgrounds, have even higher poverty-risk rates.

The report also found that Germany was seeing a number of different trends in the attitude to the family: more unmarried couples, fewer divorces, more births, fewer childless academics and a more liberal attitude to different types of family.

Appalling but not surprising 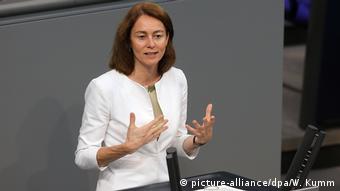 Family Minister Barley promised that more would be done

A number of interest groups and charities expressed their anger at the increase in child poverty. "It's appalling but not surprising that the risk of poverty has increased even more," said Miriam Hoheisel, manager of the Germans association of single mothers and fathers (VAMV).

"What was surprising was that a minister should come at the end of an election campaign and present a document that clearly shows the government has completely failed in this area," said Ulrich Schneider, chairman of the Paritätische Gesamtverband, an association of charities that produces its own regular poverty report.

"We still have an increase in the number of children who depend on [unemployment benefit] Hartz IV," said Schneider. "If they live on Hartz IV, children get 8.30 euros [$9.90] a month for school materials - that hasn't been raised for years. You have to conclude that for this group of people the coalition government has done absolutely nothing at all."

The Social Democrat (SPD) minister did offer a promise of improvement on Friday: "I will do what I can to introduce new child support payment for families with low incomes, and to reduce superfluous bureaucracy in this area," Barley said in a statement released alongside the report. "Our aim must be to secure an average minimum standard for children."

The minister added that more must be invested in day-care and schools for children, to allow both parents to work. "Every euro that we invest in good kindergartens, all-day schools, and after-school centers, pays back several times over," she said.

But opposition parties wondered why such new ideas from a Social Democrat should come at the end of a four-year tenure in the Family Ministry.

"Whether it's down to the lack of assertiveness from the SPD or the lack of interest in social affairs of the [Christian Democratic] Union makes no difference," Green party leader Katrin Göring-Eckardt said in a statement. "The government had all the means to give parents and children in need the support they needed. Instead it has left more and more children and single mothers out in the cold, despite a booming economy." 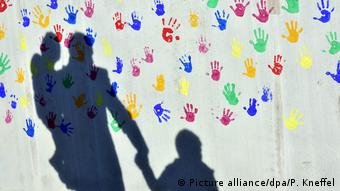 Single parent families struggle the most with poverty

As the Green party and others pointed out, the main problem was the fact that state help for families usually comes in the form of tax deductions - which naturally means that wealthier families get more support than poorer ones.

"If you look at how family support functions, single parents have fundamental problems," said Hoheisel of the VAMV. "For one thing, family support comes via tax, with child support - the tax deduction through child allowance is mostly higher than what families get through child benefit."

As Hoheisel explained, in Germany's complex system, different types of family benefits often end up being deducted from one another, which results in single-parent families "falling through the net," as she puts it.

"There needs to be a complete change in the system - family support needs to be taken out of tax law, and support needs to be conceived with the child's welfare in mind. All child-based benefits need to be put together and turned into basic support for children, so that a child gets the same security regardless of what kind of family they live in and how much income the parents get," Hoheisel said.

New research on child poverty in Germany claims public services do not reach far enough. It says the government's response to the issue has not focused on the needs of the youngest part of society. (10.05.2015)