The man faces charges of working for Egypt's General Intelligence Service while a staffer at the German government's press office. The case was made public last July in an annual German monitoring report. 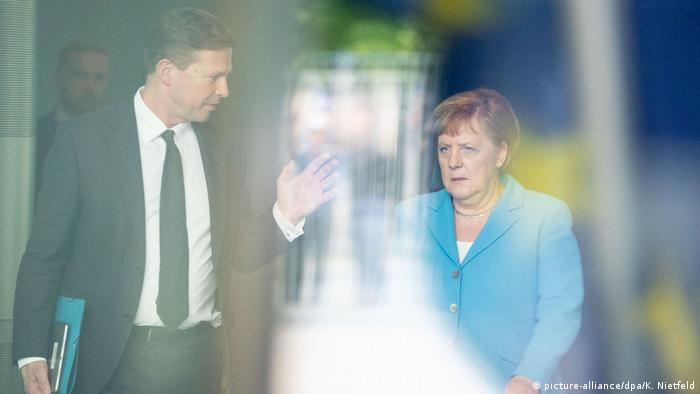 Authorities said Amin K. was accused of helping to obtain information for Egypt's General Intelligence Service (GIS) from "at least July 2010" and also of providing a contact as another Egyptian recruit, a move that was ultimately unsuccessful.

The suspect had begun working in the visitor service of the BPA, currently headed by Merkel's spokesman Steffen Seibert, in 1999.

Prosecutors added that the suspect hoped his Egyptian handling officer would enable preferential treatment for his mother in Egypt and her retirement entitlement.

If convicted of spying for a foreign intelligence service, the accused could face up to five years imprisonment.

Germany's domestic intelligence service (BfV) made the case public last July in its wide-ranging annual report on potential threats to democracy. At the time, the federal press office stayed largely mute, other than saying that visitor service personel could not access other databases.

The July intelligence report said federal investigators launched their probe last December, noting in general that Egyptians living in Germany "could become the focus" of Egypt's GIS and its National Security Service (NSS).

These included members of the Muslim Brotherhood, ousted from government by Abdel Fattah al-Sisi in 2013 — then general, now reelected president — as well as Egyptian Coptic Christians living in Germany, said the annual report from the BfV.

Amnesty International says Egyptian authorities resort to a "range of repressive measures" against protesters, perceived dissidents and journalists and have "failed to protect women against high levels of sexual and gender-based violence."

The visitor service of the Federal Press Office based in Berlin enables visits to the German capital by "around 85,000 persons a year."

"The standard itinerary includes a visit to the BPA as well as meetings with members of parliament and ministerial experts," states the BPA on its website.

The rare participation of Egypt's rural poor in recent protests shows "Egyptians have had enough," human rights observers say. But authorities have consistently shown no hesitation in using a heavy hand to silence them.

Organizes visits to Berlin's parliamentary circles by the public