German federal prosecutors want to put two men on trial over a killing of a Syrian military officer. The suspects are believed to be linked with the al-Qaeda-affiliated Nusra Front. 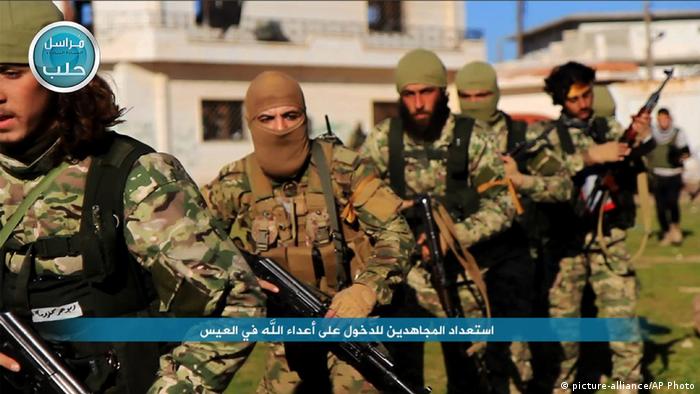 Two Syrian nationals will face trial in Germany over alleged affiliation to a terrorist group in their home country, Germany's federal prosecutor general said on Monday.

The German authorities suspect that the two were involved in the killing of a Syrian military officer in 2012.

One suspect has been charged with membership of the al Qaeda affiliated group in Syria, known at the time as the Nusra Front. The other suspect was charged with supporting the terrorist organization.

German authorities had arrested the two men in July 2020 in Naumburg, in eastern Germany, and in the western city of Essen.

Prosecutors said that one of the suspects allegedly guarded the military officer while the victim was conducted to the execution site. The other recorded the killing and published the footage for the purposes of the Nusra Front propaganda.

Syrian refugees in Germany have sought justice for the war crimes they had witnessed in their home country.

German authorities have investigated  at least dozens of such cases. In April 2020, the EU country launched a trial against Syrian intelligence officers, making it the first country to prosecute suspects of war crimes in Syria on foreign soil.

Since 2002, German law has included jurisdiction over war crimes that affect the international community, even if they were not committed against German citizens or took place on German territory.

The war in Syria began in 2011 as President Bashar Assad tried to arrest protesters marching against his rule. The conflict has since developed into a deadly civil war with the US, Russia, Turkey, Iran, and other countries providing support to various factions.