A suspected Syrian war criminal has been arrested in the western German city of Düsseldorf. The 35-year-old allegedly killed 36 people in his home country in 2013 while fighting for the terrorist al-Nusra Front. 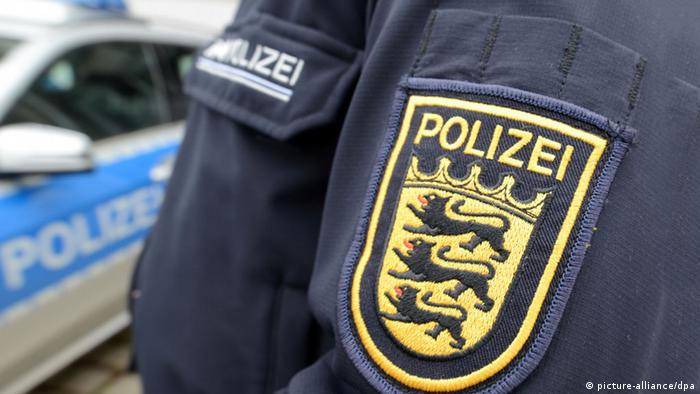 Authorities in Düsseldorf arrested 35-year-old Abdalfatah H. A. late on Wednesday on suspicion of having committed war crimes. According to information obtained by "Spiegel Online," the Syrian asylum seeker fought for the terrorist al-Nusra Front, now called the Fatah al-Sham Front in 2013. In March that year, Abdalfatah H. A. allegedly carried out a so-called Shariah judgment, killing 36 people.

A group of former prisoners from Syria has filed a suit in Germany accusing officials of the Assad regime of torture. The nature of the crime allows an investigation even with suspects outside Germany. (02.03.2017)

The 20-year-old man was arrested in the southern German city of Ulm after trying to enter Denmark with bomb-making materials. Investigators believe he sympathized with the 'Islamic State' (IS) militant group. (24.11.2016)

Among the findings, the UN said Syria deliberately bombed a humanitarian convoy in Aleppo and used chlorine bombs. Rebels were also found to have used civilians as human shields. (01.03.2017)

A senior al-Qaeda figure has urged the group to do what is necessary to protect the "holy struggle of the Syrian people." Washington voiced skepticism over the split, saying it could be an exercise in rebranding. (28.07.2016)

Hours later, early on Thursday, police arrested a second man in the city of Giessen. The 26-year-old is believed to have belonged to the same militant group but is not wanted on war crime charges. Apartments belonging to both suspects were also searched during the arrests.

After capturing the city of al-Tabka in spring 2013 - which had long been occupied by President Bashar al-Assad's troops - Islamists belonging to the Nusra Front are believed to have murdered a large number of people at a nearby landfill.

German police are currently investigating some 30 cases linked to war crimes committed in Syria and Iraq. Most recently in December, Syrian Abdoulfatah A., who lived in Baden-Württemberg, was imprisoned for complicity with the notorious Nusra Front's operations.

According to investigators, the militant group, which disbanded in July 2015, was commanded by the Syrian jihadi Abd Arahman A.K. He has been investigated for months on the grounds of planning a possible attack Düsseldorf's historic Old Town.

On Wednesday, a group of Syrian refugees in Germany also filed suit against members of Assad's regime for war crimes, after being tortured while held in Syrian prisons.

Anti-terror deployment: Several raids and one detention in Germany