Germany: Bundesliga return to action on May 9 'definitely possible'

Germany's health minister and two state premiers have both indicated football could make a comeback next month, albeit behind closed doors. Top-flight football hasn't been in play for over a month due to COVID-19. 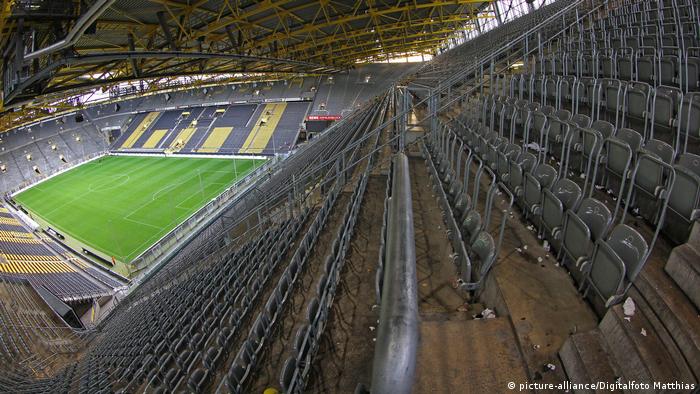 Football returning to action in Germany drew a step closer to becoming a reality on Monday as senior politicians welcomed the possibility of the Bundesliga restarting as early as May 9.

The date has been proposed by Bundesliga officials as well as Bavarian state Premier Markus Söder and Armin Laschet, the state premier of Germany's most populous state North Rhine-Westphalia, who both said they would not stand in the way of football coming back next month.

Laschet cautioned that a full concept for hygiene and security would be required while Söder said: "Perhaps from May 9" that "a round of so-called ghost matches" could be played without fans and behind closed doors.

"A weekend with football is much more bearable than a weekend without football," Söder added.

The state leaders added that Germany's Robert Koch-Institute would be consulted.

The statements come after more than a month without play and fear over the financial implications of the global pandemic — and ahead of an official meeting between the clubs and the league on Thursday.

"Decisive is that the infection risk is minimized," Spahn said, before adding he would welcome a "a piece of normality again for millions of football fans from May 9, even if with empty stadiums."

How is coronavirus affecting life in Germany?

With thousands of confirmed cases of the COVID-19 virus in Germany, the daily routine for many has been upended. From football to flights, car manufacturing to culture, DW looks at life amid the outbreak. (16.03.2020)