The hunt for a homeless man dressed in camouflage gear and armed with a bow and arrow, a gun and a knife has entered its second day in Germany's Black Forest. Police say the man is "in a state of psychiatric emergency." 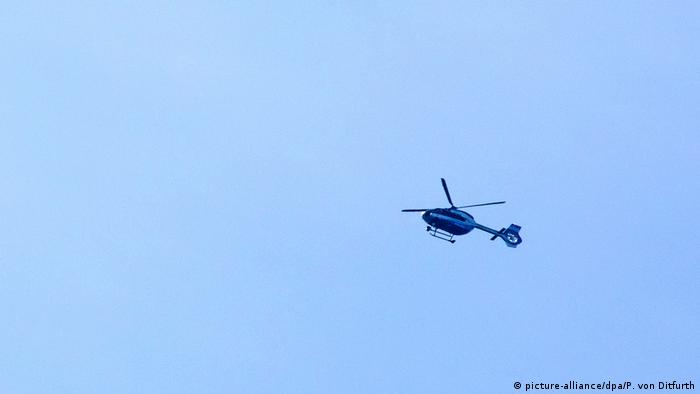 Police were searching Germany's Black Forest for a homeless man who had threatened four police officers with a firearm and disarmed them. The man was wearing combat gear and was carrying a bow and arrow, as well as other weapons.

About 100 officers were combing the forest near the south-western town of Oppenau on the second day of the manhunt on Monday. Special forces, helicopters and sniffer dogs were also called in to join the search.

An area of forest has been designated a no-fly zone and police warned residents to stay at home and not pick up hitchhikers.

Police released a photograph of the man while the search continues. In addition to the bow and arrow, the suspect also has a knife and a gun in his possession. A police spokesperson said he was in a "state of psychiatric emergency" and should not be approached.

The man's former landlord described him as a "very odd person." 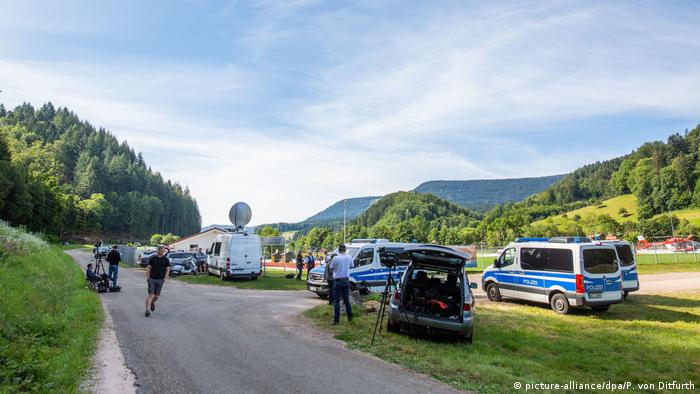 The 31-year-old man first came to police attention on Sunday morning after they were informed of a suspicious character on the day before.

Four officers sent to the scene said the suspect cooperated at first, but then "suddenly and completely unexpectedly" threatened them with a firearm. The man then made the officers hand over their weapons, taking their firearms with him.

German newspaper Bild reported that the man had spent time in prison for shooting a girlfriend with a bow and arrow. He was recently evicted from his apartment, where various weapons were found, before living in his car and then in a cabin in the woods.

Oppenau lies near the border with France in the German state of Baden-Württemberg.