For many years, cuckoo clocks and cherry cakes have been successful in advertising the Black Forest worldwide. But tourists from Asia are staying away this summer. New concepts are needed. 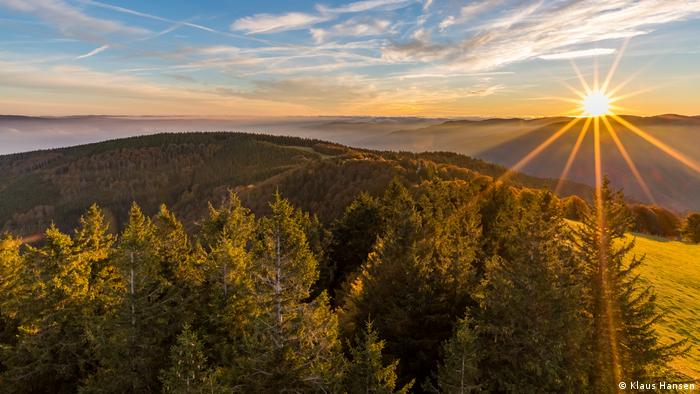 Thundering waterfalls, large lakes, and deep gorges — these are just some of the attractions sought out by visitors to the Black Forest. The popularity of Germany's largest low mountain range extends far beyond Germany's borders. In recent years, visitors from Asia, in particular, have enjoyed stopping off in this picture-book landscape on their European tour.

However, this year, due to the coronavirus pandemic and worldwide travel restrictions, many beds will remain vacant in the guest houses, hotels, and other hostels between Pforzheim and Freiburg.

Hansjörg Mair, Managing Director of Black Forest Tourism, expects 20% to 30% fewer holidaymakers than last year. "Every fourth tourist has so far come from abroad. Our hosts and the associated businesses will miss the international travelers". 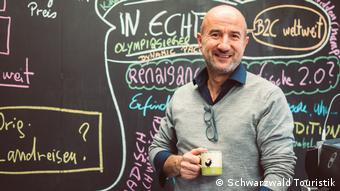 Slowly, guests from European countries are returning, especially from France and the Netherlands. But tourists from Asia are completely missing. "This primarily affects city hotels, bus companies and travel guides", Mair explains.

Hosts are now trying to appeal to new target groups from Germany and focus on their interests. For example, by having fewer selfie attractions in their range, but more nature adventures.

Hansjörg Mair remains optimistic despite the many challenges. The eyes of the dynamic mid-fifties man light up when he talks about "his tourism experts". He brings hoteliers and local politicians together, mediates between restaurateurs and cultural workers. With success. The hosts in the southwest have quickly agreed on a strategy for a new beginning. The campaign "Kuckuck Schwarzwald" already started at Whitsun with many openings and offers.

Spend the night in a treehouse or on a meadow bed? No problem in the Black Forest: In Bad Herrenalb, near Karlsruhe, and in Buchenbach near Freiburg you can find these unusual accommodation options. Tranquility, fresh air, and picturesque nature are always free of charge in the Black Forest. With an area of 6,000 square kilometers (64584 square ft), the region is the largest and highest continuous low mountain range in Germany. Here, visitors find plenty of choice to take a lockdown break while hiking, for example.

The Black Forest has much more to offer than the clichés of cuckoo clocks, Black Forest gateau and Bollen traditional hats. Host Iris Schmid is also certain of this. In her two hotels — the Elzland Hotel Pfauen (63 rooms) and Elzland Hotel 9 Linden (31 rooms) in the Oberprechtal and in Elzach near Freiburg — she has been welcoming guests from all over Germany and Switzerland since Whitsun at the end of May. 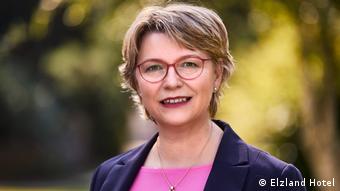 Their two modern wellness hotels with a swimming pool, fitness areas and health experts were just one year old when the lockdown forced them to slam on the brakes. Schmid stuck it out, tended the gardens and outdoor areas of her houses with her team, and reopened at the end of May. It was a load off her mind when she learned that she could welcome guests into her houses again and that she could also reopen the wellness area under strict hygiene conditions.

Has the coronavirus blues got you down? Not a trace was seen in the experienced hotel manager, who also sees the lockdown as an opportunity: "We are in a safe and pleasant corner of Germany, and this will make itself felt in the long run. More and more guests are seeking out sustainable destinations."

The demand for holidays that include fasting, an Alkaline diet using the Wacker method, and similar offers to strengthen the immune system confirm this: "We have many guests who want to be active in the Black Forest, to go biking and hiking".

Schmid and her in-house hygiene team have developed a concept for implementing coronavirus protection. The breakfast buffet is set up despite everything and staff serve the food. Iris Schmid has many new ideas to make her guests' stay a pleasant one this summer: "We have found our way back into tourism." Currently she describes her houses as "well booked, but with room for improvement."

The Black Forest has a lot to offer in terms of culture, sports and for families: boat trips on the scenic Titisee lake or adrenaline-charged hours at the theme park Europapark Rust — all this is possible even in the summer of 2020. Europapark has introduced online ticket sales and a coronavirus distance measuring app to help you socially distance. Park boss Roland Mack initially wanted to admit a maximum of 15,000 people per day. In normal times, 45,000 roller coaster fans make the pilgrimage to Rust on busy days. "We do not want to become a new source of infection", Mack says. The health of employees and visitors comes before all other interests. Whether these target numbers can be maintained in the long term remains to be seen — as it is in the hands of the visitors.

"If you observe the hygiene restrictions, you can enjoy all the attractions in nature, museums and shops in the Black Forest this summer, with the exception of mass gatherings at major events," Hansjörg Mair promises.

Last year, tourism put more than €7.5 billion euros ($8.5 billion) into the coffers of businesses in the Black Forest and brought the communities tax revenues of almost €168 million. Around 500,000 jobs are dependent on guests visiting the region.

"We won't immediately recover the losses caused by the lockdown, but this summer is a real opportunity for the Black Forest to show what it can do," Hansjörg Mair says.

Many hotels, like the Fritz Lauterbad in Freudenstadt with its modern urban style, took advantage of the calm in spring to invest, renovate, make room for sustainable, healthy holiday experiences. From here you can also start the 460-kilometer (286-mile) long "Baden Wine Cycle Path", which winds its way west through seven of Baden's nine wine regions. Or on one of the 45 "Black Forest Gourmet Trails": The certified trails are between six and 18 kilometers long and lead through the Black Forest National Park. The Konus guest card is inexpensive and climate-friendly. It allows holidaymakers to use 2nd class buses and trains from Pforzheim to Basel and from Karlsruhe to Waldshut free of charge. 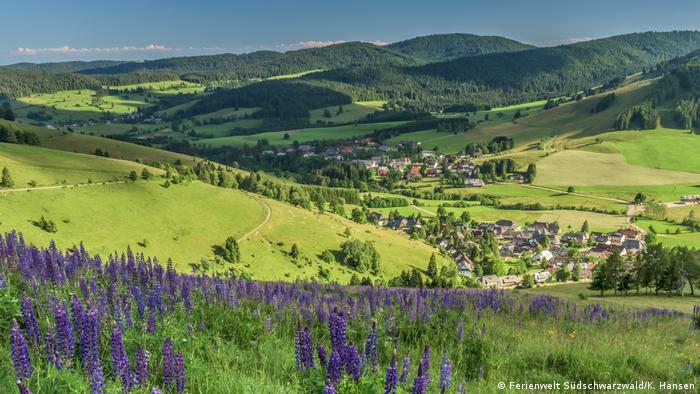 Views as far as the eye can see, unspoilt nature and plenty of fresh air — the Black Forest near Bernau

Germany has reopened its borders. What do tourists have to consider when entering the country? What conditions apply? And what can travelers do in Germany? Here's an overview. (30.06.2020)

The COVID-19 epidemic poses a threat to the everyday life of people worldwide. Travelers are particularly affected, as are people working in tourism. Here are the latest developments. (02.07.2020)