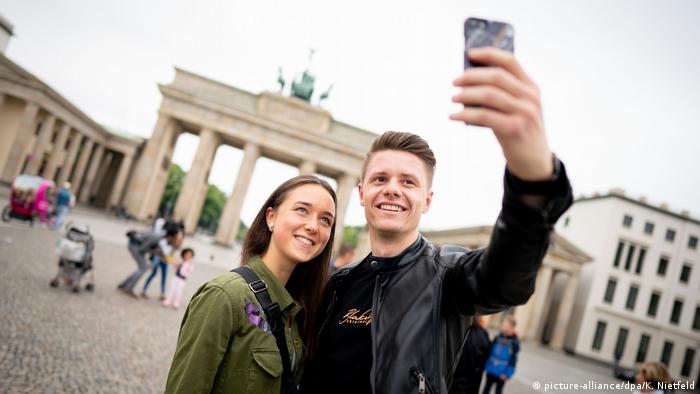 Travel to Germany is once again possible. After the coronavirus crisis brought global tourism to a standstill for more than three months, many EU countries have now reopened their borders. In concrete terms, this means that (almost) all travelers from the European Union, Britain or countries in the Schengen Area no longer need a valid reason for traveling to Germany and don't have to go into quarantine upon arrival. Travelers can move freely throughout Germany.

Restrictions also apply to people entering from Sweden. Because of the relatively high number of new infections in the Scandinavian country, in several German states travelers must quarantine at home for 14 days after their arrival. This also applies to Germans returning from a holiday in Sweden. Quarantine is mandatory for travelers from Sweden in Bavaria, Saxony, Lower Saxony, Mecklenburg-Western Pomerania, and Schleswig-Holstein.

Strict entry restrictions still apply to arrivals from so-called third countries. Until June 30, people from these countries may only enter Germany, other EU countries and Schengen members with a good reason. After entry, they must go into a two-week quarantine.

Starting from July 1, people from third countries with low infection rates may enter the EU again as regular travellers. These countries are Algeria, Australia, Canada, Georgia, Japan, Morocco, Montenegro, New Zealand, Rwanda, Serbia, South Korea, Thailand, Tunisia and Uruguay. China will only be considered if it also lifts its entry restrictions for Europeans.

Germany is only partially following the EU decision. It has lifted the entry restrictions for only eight of these 15 third countries, namely Australia, Georgia, Canada, Montenegro, New Zealand, Thailand, Tunisia and Uruguay.  Every two weeks, the EU and Germany intend to review and update the entry list of third countries.

For countries with many new infections, travel restrictions will remain in force for the time being. They are considered risk areas.  Anyone entering Germany from these countries must isolate themselves for 14 days immediately after arrival in Germany and inform the responsible health authority of their entry.  This includes countries like the USA, Russia and Brazil.

Travelers can find up-to-date information on entry regulations on the EU website Re-open EU. This website provides information in 24 languages about the coronavirus pandemic rules of the individual EU countries and is continuously updated.

What does Germany have to offer tourists?

Be it castles, museums, memorials or amusement parks, most of Germany's sights and tourist attractions have been reopened — albeit with some significant restrictions. Decreased contact, distancing rules and hygiene requirements continue to apply throughout the country. However, states decide individually how these are implemented. Travelers can find up-to-date information on the regulations of the individual federal states here.

There are also new restrictions for guided tours. For example, Neuschwanstein Castle — one of the most popular German tourist destinations — has limited its number of visitors to 10% of its pre-pandemic capacity.

Many museums currently don't offer guided tours. At the National Museums in Berlin, visitors can book a time slot to visit. In most museums in Germany, it is compulsory to wear a face mask that covers the mouth and nose. This also applies to most city tours and public transportation.

Whether traveling by bus or boat, social distancing rules and hygiene measures must be followed. Masks are mandatory. Large events and parties are not permitted until further notice, and concert halls and clubs will remain closed. Massive events, such as Munich's Oktoberfest, have been canceled. Cinemas, theaters and opera houses are still closed in many places or allow only a small number of visitors.

People looking to deal with fewer restrictions should stay in the open air. Germany offers plenty of options for this, from the beaches in the north to the Alps in the south. But people who want to hike, cycle or simply take a trip to the countryside should also be aware of some limitations. The social distancing rule of 1.5 meters (5 feet) also applies outdoors. And, even away from the big cities, restaurants and cafes must comply with strict hygiene regulations. In many places, therefore, service can still be restricted, especially indoors. In some federal states, guests must leave their contact details in order to allow for contact tracing, in case of infection.

Although they have reopened, similar restrictions also apply at hotels, guesthouses, holiday homes and campsites. However, swimming pools and wellness areas remain closed in some states. And in many places travelers still have to face breakfast without a self-service buffet.