The EU has urged all 27 member states to start lifting travel restrictions next Monday. The bloc hopes to resume travel without border checks by the end of June and to start easing tourism restrictions. 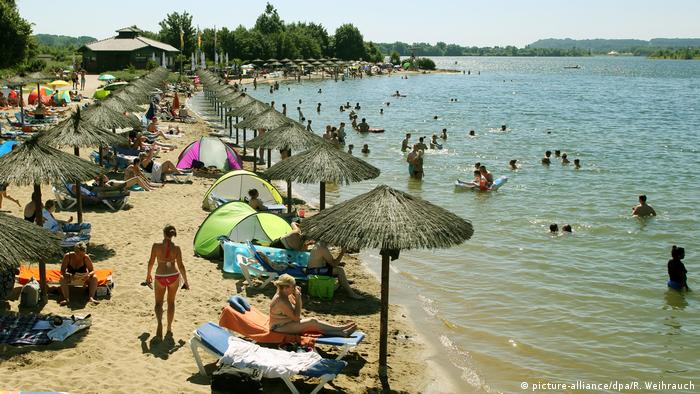 The European Commission on Thursday proposed to have all EU borders within the bloc reopen from June 15, with Brussels saying that the closures member states introduced to fight the coronavirus do little to curb its spread.

The recommendation comes as many of the 27 EU member states begin to relax coronavirus restrictions, with some hoping to restart tourism in time for the Europe's peak summer season.

Tourism-dependent countries such as Greece and Portugal have been pushing for a reopening to help their economies recover from the impacts of the pandemic.

The Commission called for a "common coordinated approach" where travel bans will be lifted for countries with similar levels of infection as the EU and where disease control is in place.

Unveiling the plan, European home affairs commissioner Ylva Johansson told EU member countries that they "should open up as soon as possible, and the commission recommends to do it already on Monday."

According to Johansson, the virus situation "is really improving in all member states, the situation is converging.'' The Swedish politician added that Europe's Centre for Disease Prevention and Control had reported "that having internal border restrictions is not an effective measure."

Read more:  COVID-19: Summer vacation away from the mainstream

The Commission said it was too early to completely lift the ban on travelers from outside the bloc.

Restrictions on Albania, Bosnia and Herzegovina, Kosovo, Montenegro, North Macedonia and Serbia will be lifted from July 1, because "their epidemiological situation is similar or better than that of the EU," said Johansson. She did not comment on whether US nationals would be allowed into the EU.

Meanwhile, Germany had already began to open its borders with neighbors Austria, Switzerland, and France on May 16 under tightly controlled conditions — while its links to the Netherlands and Belgium never totally shut. As of June 15, the country is set to fully relax borders and restrictions on inter-EU travel.

Slovenia had reopened its borders for EU travelers on May 15 when it declared an end to the COVID-19 epidemic in the country. Meanwhile, Croatia already permitted tourists from Slovenia last month and exempted them from quarantine.

Read more:  Which European countries are open for summer tourism?

Mediterranean to welcome back tourists

In May, France only allowed people who need to travel in and out of the country regularly for work to cross borders but, as of next Monday, it will also relax measures on nonessential travel.

Italy, where tourism is a vital part of its economy, never technically ordered its borders closed. However, the extreme measures put in place at airports to stop the spread of the virus and border closures ordered by its neighbors still seriously constrained international travel.

Spain, also heavily reliant on tourism, had already reopened its borders but imposed a mandatory 14-day self-quarantine regulation on anyone who arrives in the country. Spain said that it will lift the quarantine from July.

The executive body of the European Union has recommended that Ukraine be granted EU candidate status. A Ukrainian official told DW the move is a "tribute to the reforms" Kyiv has undergone in recent years.