German officials have arrested three far-right extremists and seized explosive material that could be used in attacks on migrants. The authorities say right-wing groups plan to intensify their anti-refugee violence. 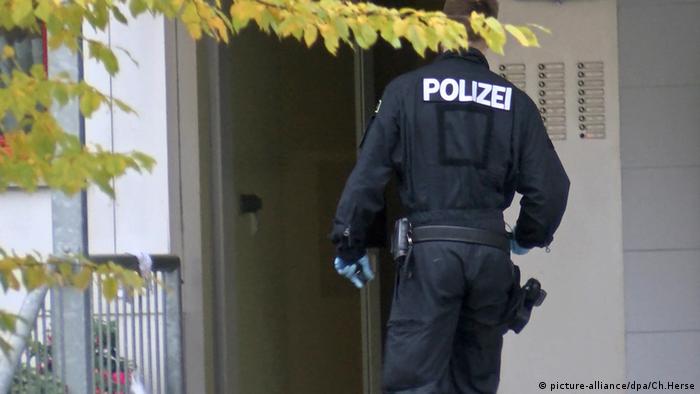 German police arrested the right-wing extremists on Wednesday evening in a series of raids on 12 locations, according to Bavarian Interior Minister Joachim Herrmann. They also seized several kilograms of fireworks from them.

During a visit to a refugee shelter in the southern German city of Bamberg, the country's Interior Minister Thomas de Maiziere said the initial evidence indicated that the security officials "might have prevented attacks or other crimes" against migrants.

Anti-immigrant groups have planned a demonstration in front of a migrant shelter in Bamberg later this month, but the authorities say they are seeking to ban the event.

Thousands of people are fleeing a protracted war in Syria and heading to Europe via the Mediterranean Sea. The arrival of these refugees is the largest seen in Europe in decades, with many governments imposing strict border checks to impede and manage the flow of migrants.

Germany and other European countries have pledged to take thousands of asylum seekers as a gesture of solidarity.

Germany's security officials warned on Thursday that asylum-seekers, those who help them, and pro-immigrant politicians could become the targets of xenophobic crimes, according to the newspaper "Süddeutsche Zeitung" and German public broadcasters WDR and NRD.

In a confidential report, the Federal Criminal Office (BKA) - Germany's nationwide investigative police force somewhat similar to the FBI in the US - expected right-wing extremists and neo-Nazi groups to intensify their "agitation" against German Chancellor Angela Merkel's asylum policy. Although the right-wing spectrum was "very heterogeneous" in Germany, the refugee issue provided it with an "ideological consensus."

The BKA also says the number of attacks against refugee homes has more than doubled this year compared to 2014.