Germany's cabinet has approved a measure aimed at tracking individuals who might pose a terrorism threat. The monitoring device can be used even if an individual hasn't been convicted. 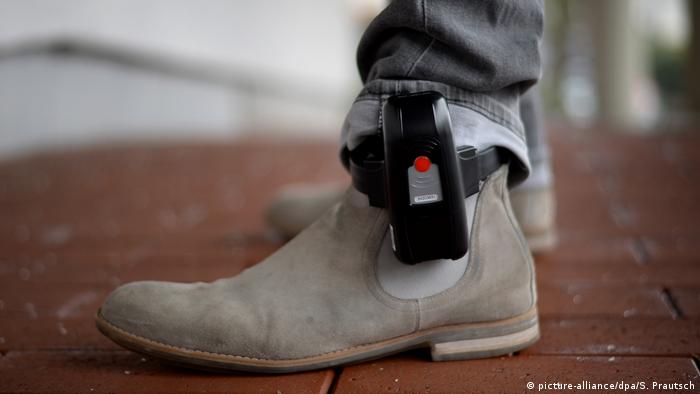 Authorities will be able to force suspected Islamist extremists believed to pose a threat to the public to wear electronic ankle bracelets, the German cabinet agreed on Wednesday.

Previously, only convicted individuals could be required to wear the device used to monitor location and movements.

With the cabinet proposal, "Gefährder," or people who pose a security threat, who have not been convicted can be forced to wear the device by order of the Federal Criminal Police Office (BKA). The change to the law was approved by the cabinet as part of a package of amendments to BKA law.

Interior Minister Thomas de Maiziere and Justice Minister Heiko Maas had previously agreed to change the law in the wake of the December 19 terror attack on a Berlin Christmas market, which killed 12 people and wounded nearly 50 others.

The attacker, Anis Amri, was considered a potential threat to public safety and under surveillance until a few months before the attack when he fell off the radar.

He was ordered to be deported to his native Tunisia, but the deportation was postponed because Tunisia delayed providing his papers. Despite the deportation order, he was able to move around Germany.

The incident prompted sharp criticism of measures aimed at preventing terrorism. In response, the German government has put forward a host of measures to overcome apparent security gaps.