A new threat assessment system is intended to track potential terrorists and increase cooperation between authorities. Security has come into focus since the Berlin Christmas market attack. 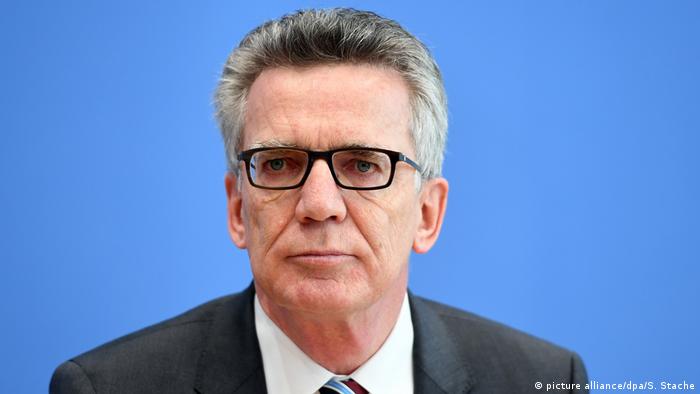 Anis Amri was known to authorities before he allegedly rammed a truck into the Berlin Christmas market in December. What agents didn't know, however, was whether they had enough on him to get a warrant for his arrest. (16.01.2017)

In an interview with German weekly "Bild am Sonntag," German Interior Minister Thomas de Maiziere said there would be better communication between the police and the judiciary with a new computer system.

The system, called "Radar," was jointly created by the University of Zurich and the Federal Criminal Police Office (BKA). The system will assess the potential threat of Islamist terrorists as moderate, conspicuous or high-risk. De Maiziere told "Bild am Sonntag" that "the federal and state authorities also need better arguments against the judiciary when they apply for measures." De Maiziere added that the new system would be a "crucial building block."

The states will be familiarized with the system by the end of June, and it will be implemented by states with more potential threats.

The "Radar" system is one of many potential improvements to German security measures, including tougher action against those who faked their identity and tougher surveillance of potential terrorists. Anis Amri, the main suspect behind the terrorist attack on a Berlin Christmas market attack in December, used multiple identities before the attack.

German security forces have been criticized sharply since the December attack on the Berlin Christmas market that killed 12 people. Amri was known to authorities as a potential threat for more than one year before the attack. However, Amri could not legally be deported to Tunisia after his asylum request was rejected in Germany, as Tunisia would not send the papers necessary for Amri's deportation.

Clemens Binninger, deputy chairman of the parliamentary oversight panel for intelligence services, told German broadcaster Deutschlandfunk last week that there must be "clearer leadership at the federal level" to deal with potential terrorist attacks.

"In the case of Amri, about 45 authorities or agencies have been involved at some point for the past year and a half, including police stations, news services, state police agencies, the Federal Criminal Police Agency, foreign authorities, North Rhine-Westphalia's Interior Ministry and public prosecutors. About 45. How is it possible to achieve a uniform procedure?" Binninger asked.