All the cracks that Berlin suspect Amri slipped through | Germany | News and in-depth reporting from Berlin and beyond | DW | 16.01.2017

Anis Amri was known to authorities before he allegedly rammed a truck into the Berlin Christmas market in December. What agents didn't know, however, was whether they had enough on him to get a warrant for his arrest. 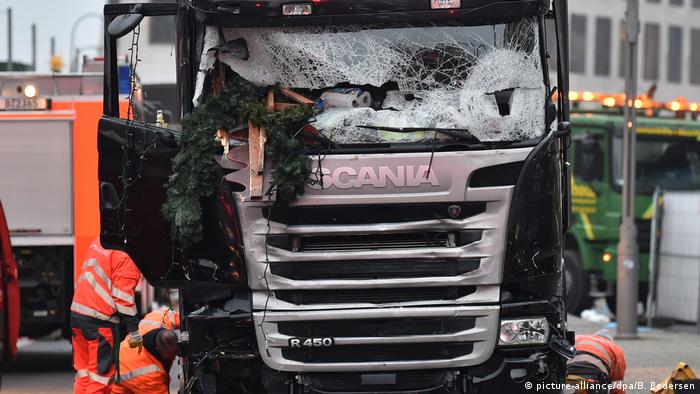 Justice Minister Heiko Maas seemed contemplative when asked by the political talk show host Maybrit Illner whether it might be possible that current legal guidelines regarding terror threats are not only lacking but may even be counterproductive when it comes to preventing attacks such as December's ramming assault on a Christmas market in Berlin, which killed 12 people. "The question that we first have to deal with is whether our legal basis in any way kept authorities from being able to act," Maas said.

The justice minister went on to suggest that not only is the legal structure lagging behind the times, but that security guidelines might be as well. "We are of the opinion that, when someone disappears from the radar despite there being a lot of indicators that they may be a threat, then we need to think about how we can improve surveillance, how we can start watching someone early on," he said, referring to Anis Amri, the Tunisian man accused of killing 12 people and injuring many more after driving a truck into a Berlin Christmas market last month. 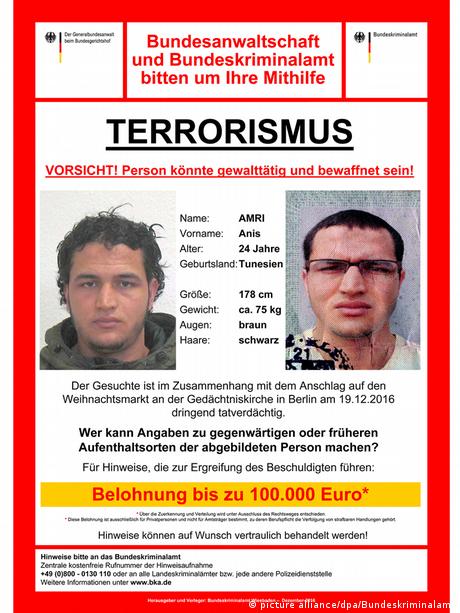 After a nationwide manhunt that soon spread beyond Germany's borders, Amri was eventually killed by a police officer in Italy

On Monday, a parliamentary committee will hold a special meeting to discuss the possible failures by intelligence services. Could the attack have been prevented? Was there enough evidence on Amri to issue an arrest warrant?

"The body of evidence was thin," Hans-Georg Maassen, who leads the BfV domestic intelligence agency, told the German press agency dpa last week. He said agents had proceeded in a highly professional manner: "In any case, I have not seen any indications that responsible state agents made any mistakes."

Amri's case has raised questions about cooperation between intelligence agencies and the Justice Ministry. German spies had gathered quite a bit on Amri. So it seems that the evidence itself was not "thin," but rather that the legal strength of that evidence was. Apparently, it was not strong enough to issue a warrant for Amri's arrest.

The suspect first caught authorities' attention in November 2015, when he unwittingly told an informant for the investigative police unit (BKA) in the state of North-Rhine Westphalia that he wanted to "do something in Germany," according to a document obtained by the daily Süddeutsche Zeitung. He also claimed that he could get an AK-47 for an attack. 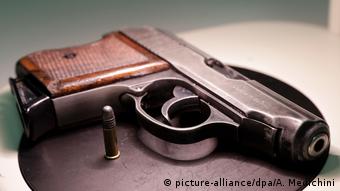 Amri was watched from that point on. The BfV noted that he was traveling through Germany under various aliases. Further, he was apparently aggressively seeking an opportunity to undertake an attack in Germany. Information pointing to his dangerous potential became so overwhelming that authorities designated him a threat last February. "Amri's behavioral patterns indicate a possible intensification of attack planning and confirm the depth of his radical Islamic mindset," read an intelligence service document quoted by the Süddeutsche Zeitung.

A few days later, when police and intelligence services met to discuss information on Amri, they gave the all-clear, however, saying it was "unlikely" that he posed a threat. Nonetheless, the Federal Criminal Police Office noted that Amri was "receptive to radical ideas and suggestions." All information was then handed over to the Berlin public prosecutor's office. The suspect was observed from March on. He raised no suspicion in the months that followed, and authorities stopped surveilling him in September.

Amri was denied asylum in May. Yet German authorities waited in vain for his papers to arrive from Tunisia, so they could not deport him. In July, the working group for legal status support measures at Germany's GTAZ joint counterterrorism center discussed his case once again. Representatives from the Interior Ministry, Federal Criminal Police and BfV were present at the meeting. "Currently, evidence of an acute threat is not in a legally sufficient form," the gathered officials decided after reviewing the material presented to them.

In September, Moroccan intelligence authorities warned Germany's BND foreign intelligence service about Amri. A few weeks later, in October, they warned the BND again. In November, the GTAZ working group on operative information exchange" came to the conclusion that "no indication of a concrete threat can be discerned." On December 19, Amri sped into a Berlin Christmas market behind the wheel of a 40-ton truck.

The difficulties that Justice Minister Maas may have been alluding to in his television interview are illustrated in the minutes of that GTAZ meeting from July. "We had no legal basis to issue a warrant," Maas said during his television appearance. "We are going to create one now," he added.

How could Amri slip through the net?

German media have published details of the security surveillance of assassin Anis Amri in the months before he drove a truck into a Berlin Christmas market. He may have been high on cocaine as he carried out the attack. (16.01.2017)