Germany has given the green light to purchase jets worth at least €5.4 billion. The air force said that the new aircraft will be equipped with the latest technology and could be used against targets on the ground. 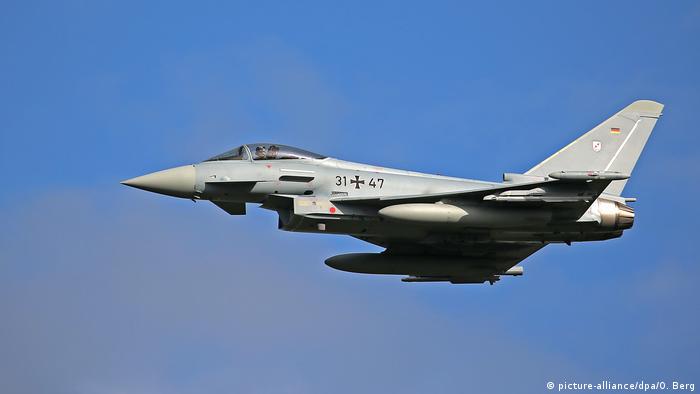 The German parliament's budget committee on Thursday approved a €5.4 billion ($6.35 billion) contract to buy 38 Eurofighter jets from Airbus for the country's air force.

The contract is part of the German Defense Ministry's long-term plan to gain at least 93 Eurofighter jets, along with 45 F-18s from Boeing. Decisions on the purchase of the remaining jets are expected after Germany's federal election next year.

The first-generation Eurofighters have been in service since 2004, and over the years presented the air force with "greater challenges."

"This important decision strengthens our capabilities in the air force. By replacing Tranche 1, which is obsolete and susceptible to repairs, we are increasing the operational readiness of the Eurofighter fleet and thus our reliability in the [NATO] alliance," said Ingo Gerhartz, inspector general of the German air force.

Germany's air force said it will now have a "multi-role capable aircraft – which can be used not only against enemy aircraft but also against targets on the ground," adding that the new fighter aircraft will be equipped with the most modern radar technology.

The air force added that this would be "a huge technological step forward in digitalization."

According to the manufacturer Airbus, the new "Eurofighter Tranche 4" is the best and most modern fighter aircraft that Europe currently has to offer.

Germany's ruling grand coalition government as well as the Free Democratic party (FDP), and the Alternative for Germany (AfD) party voted in favor of the billion-dollar purchase. The Left party voted against the deal, and the Greens abstained.

The defense ministers of France and Germany have declared that their plan to produce a new joint fighter can now begin. The project is part of an ambitious new defense strategy.