Germany's two largest parties have formally launched talks to form a new government after September's elections. Party leaders were upbeat about the prospect of a grand coalition in the run-up to the talks. 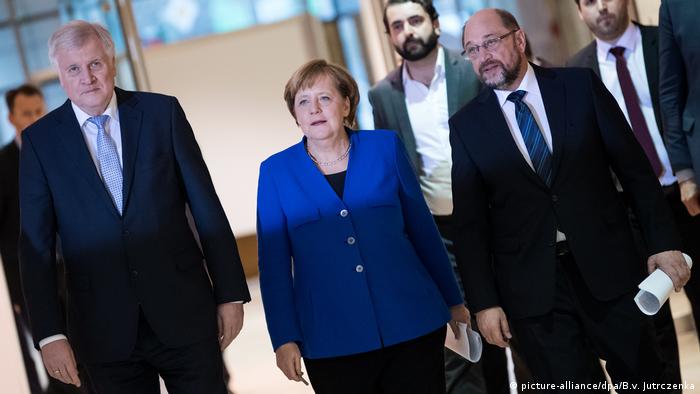 The talks are aimed at forming what is commonly referred to as a grand coalition, which would bring together Germany's two largest parties to form a government. 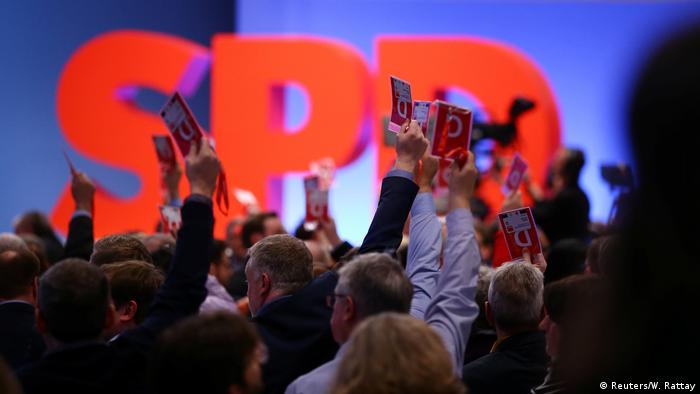 Despite getting the go-ahead to move forward on formal coalition talks, the SPD's youth wing has vehemently lobbied for the center-left party to ditch a "grand coalition"

Merkel was optimistic about the talks, saying: "People expect us to move towards forming a government, and that's why I'm very optimistic and very determined in these discussions that we reach a result and I believe that is achievable in a relatively manageable time frame."

SPD leader Martin Schulz said forming a stable government was pivotal for the country's success: "Given the challenges from China and the US, the EU needs a strong, pro-European Germany."

Horst Seehofer, who leads the CSU, was upbeat ahead of the talks, saying: "We will do everything in our power today and in the coming weeks to arrive at a good result."

What is a grand coalition?

Have there been previous grand coalitions?

If the CDU/CSU and SPD form a government, what parties will form the opposition?

Last year's elections witnessed the right-wing Alternative for Germany (AfD) become the third-largest party in parliament. They would become the largest opposition party if a "grand coalition" government is formed. The Left Party, parliament's fifth-largest party, would also play a key opposition role to a Merkel-led government.

The talks are largely viewed as Merkel's last chance to form a stable government. If talks fail to produce a governing coalition, the CDU could try for a minority government, although fresh elections would be the most likely outcome. However, if she manages to pull together a grand coalition, then it's on to governing Europe's largest economy.

Even before the 2017 election, Angela Merkel showed a knack for neutralizing or sidelining politicians who got in her way. This applies as much to members of her own party as to rivals in other parties. (24.09.2017)