Germany and Norway link up in renewable energy deal | Business | Economy and finance news from a German perspective | DW | 04.12.2012

Germany and Norway have signed a contract for a high-voltage undersea cable aimed at exchanging surplus renewable energy. The project is essential for Germany's plan to phase out nuclear power by 2022. 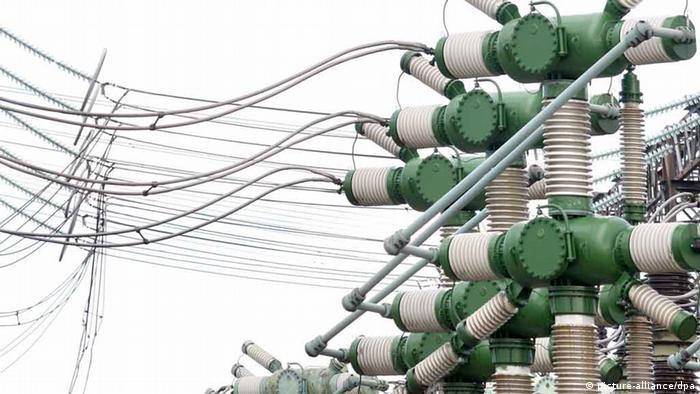 Construction of the North Sea underwater cable would cost between 1.5 billion and 2 billion euros ($2-2.6 billion), and is expected to be finished by 2018, Germany's state-owned KfW development bank announced Tuesday.

Alongside KfW, the joint venture includes the Norwegian power-grid operator Statnett and the Dutch grid operator TenneT, which owns large parts of the German electricity distribution network. The new consortium will be half owned by Norway and half by the German parties to the deal.

"This project is a major step toward the integration of German wind power in the country's energy grid, and a cornerstone of Germany's shift toward renewable energy generation," TenneT Chief Executive Martin Fuchs said.

The North Sea cable is scheduled to boast a capacity of 1,400 megawatts - the equivalent of a larger plant. It is intended to transport Norwegian hydropower to Germany in times of low wind and solar supply. Furthermore, the country's excess power from renewable sources is meant to be transported to Norway to be stored there in dams for later use back in Germany.

In the wake of the Fukushima accident in Japan in 2011, Germany decided to completely phase out nuclear energy by 2022 and boost the production of renewables through state subsidies. However, the ensuing boom in wind and solar power has led to mounting distribution and storage problems as the national grid has proved unable to cope with the fluctuating supply of these forms of energy.

One year ago Germany embarked on a new energy strategy, with renewables apparently destined to fill the gap left by the country's planned nuclear phaseout. Now Chancellor Angela Merkel wants to speed up grid expansion. (30.05.2012)

Electricity bills in Germany are set to soar next year as the costs for the expansion of the country's renewable energy sector rise. The hike is likely to fuel public ire about Germany's energy policy. (15.10.2012)

How costly will energy reform be for German industry?