Thousands of students have protested in the German city to urge immediate action on climate change. Police have vowed to prevent other activists from blocking access to one of Germany's largest open coal mines nearby.

Around 40,000 protesters from 15 countries rallied in the western German city of Aachen on Friday as part of a student movement demanding bold action to combat climate change, organizers said.

Many of the "Fridays for Future,"demonstrators carried signs and banners with slogans like "your greed costs us our future," ''climate justice: that's what we want," and "If Earth was a bank, you would have rescued it long ago."

Luisa Neubauer, an environmental activist, said the students were "not giving up, we stand for cross-border climate protection."

One of the most high-profile attendees was YouTuber, Rezo. The Aachener native has used his channel to criticize the government's climate policies.

A large police deployment was noticeable in the city, although officials said that no incidents had been reported so far. 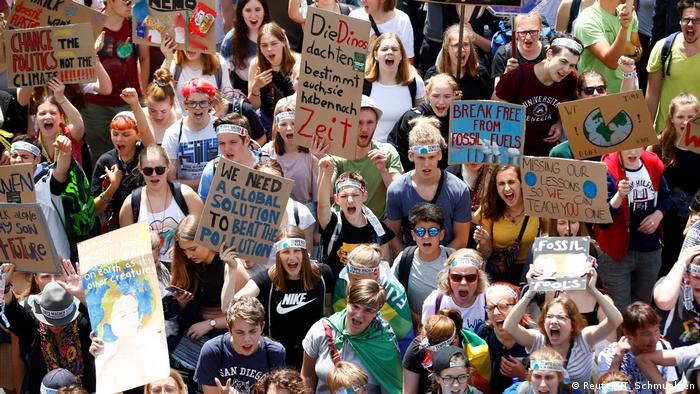 The Fridays for Future rally took place in Aachen, a city close to Germany's border with Belgium and the Netherlands

For the past year, students in Europe and across the globe have joined in weekly strike protests to try to pressure governments into taking major steps to curb CO2 emissions and halt climate change.

The protest is close to one of Germany's largest lignite mines. Thousands of climate activists are preparing to block access to the vast open coal mine over the weekend.

The site has witnessed large-scale protests in recent years after owner RWE planned to destroy the nearby Hambach Forest in order to expand the mine.

Local media reported that thousands of people were preparing to block access to the mine over the weekend. 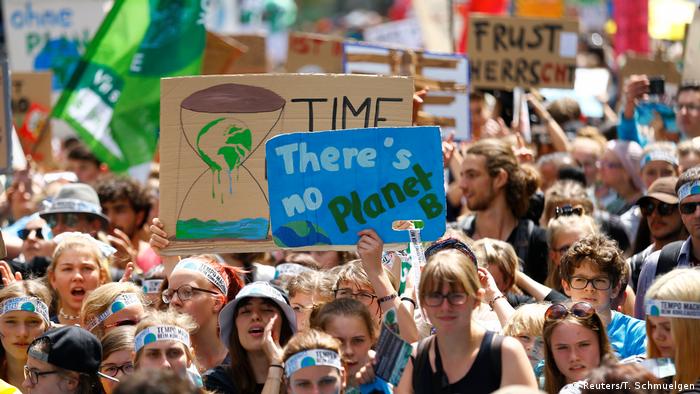 A day before the protest, European Union leaders failed to agree to make the bloc's economy carbon neutral by 2050

Activists accuse Germany of not doing enough to battle climate change, demanding that Berlin start winding down coal consumption and implementing progressive policies to become CO2 neutral in the near future.

Although Europe's most populous country has long promoted the use of clean renewables, it will likely miss its climate goals because of a reliance on cheap coal from mines near Hambach.

A burgeoning climate movement has taken hold worldwide. In Germany and other countries, young people are fighting against environmental destruction and unresponsive politicians, demanding change to head off a crisis. (21.06.2019)

Environmental activists in London and other cities have said they are ready to shift from disruption to dialogue. A look back at a week of loud and creative protests that brought parts of the UK capital to a standstill. (21.04.2019)