Fridays for Future: The #Climatestrike movement comes of age | Germany | News and in-depth reporting from Berlin and beyond | DW | 15.03.2019

Tens of thousands of people turned out in Berlin for the global protest movement du jour. But as the climate protection demonstrations get more professional, will they lose their soul? DW's Jefferson Chase reports. 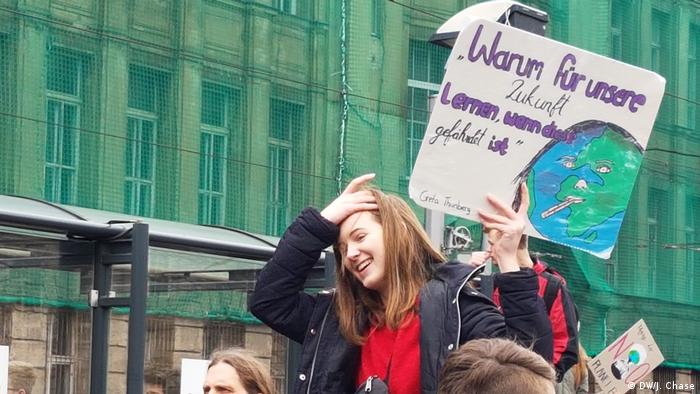 Teaching primary school has never ranked high on my list of aspirations, and I was especially thankful it wasn't my line of work as I struggled through the tens of thousands of protesters assembled on Berlin's Invalidenplatz square on Friday.

The FridaysForFuture demonstration was an opportunity for kids of all ages, some in costume and many carrying signs with environmentalist slogans, to raise a ruckus and dart about in that particularly random, unpredictable way young people do. Tens of thousands of selfies were taken, accompanied by squealing laughter, and a brass band played to a hip hop beat while a rapper reeled off ecological rhymes. Meanwhile teachers and chaperones nervously counted their charges, hoping that none of the youngsters had wandered off unnoticed.

It was difficult to remember that this mass event had started with a lone schoolgirl, Greta Thunberg, playing hooky in Stockholm as a way of objecting to adults' failure to do anything to stop climate change. Why bother to learn for the future, if there isn't going to be one — that was her message. Thunberg has long since become an icon, a kind of ecological Pippi Longstocking, whose Scandinavian English resonates with a determination that has inspired hundreds of thousands of imitators around the environmentally imperiled globe.

In Berlin, there was no sense that the young people at the demonstration were doing anything illicit or rebellious. Many of them were there with their teachers and parents. Indeed, whole school classes turned out as part of what can only be called protest field trips.

"It doesn't really have much to do with skipping school," said one teenage girl. "We just think that old geezers shouldn't be the only ones deciding our future."

"I'm here because the kids want this," said one mother. "If they think it's the right thing to do, it's important to support them."

"Another Brick in the Wall, Part 2" this is not. FridaysForFuture has gone mainstream, and the old geezers are sitting up and taking notice. 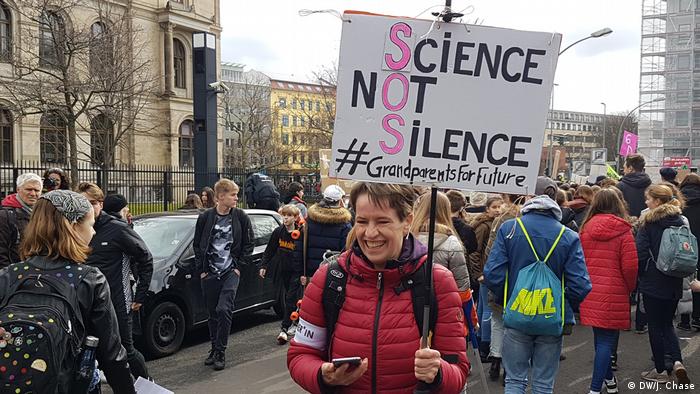 There were more adults at this edition of the FridaysForFuture demonstration

A cyclist who sped past a swarm of people walking to the protest was draped with a sign, reading "I'm a professional." Last weekend, the leader of Germany's center-right Free Democratic Party, Christian Lindner, dismissed FridaysForFuture demonstrators as well-intentioned but naive. Kids couldn't be expected to understand the global technological and economic constraints upon environmentalism, Lindner wrote on Twitter, adding, "That's a job for professionals."

The backlash was immediate. On Tuesday, a group of more than 23,000 researchers and activists from German-speaking Europe came down on the side of the kids, endorsing their demands for quicker and more effective measures to protect the environment. They call themselves Scientists4Future, and their followers were among the increased numbers of adults who took part in Friday's protest.

"I'm really glad that the next generation is making so much noise," said one woman, a solar-cell researcher, at the demonstration. "We're heading toward a serious generational conflict because the people who make the decisions are doing so irresponsibly."

Meanwhile, at regular intervals, protesters chanted: "We are loud/We are here/Because you're stealing our future."

Lindner has been in damage-control mode ever since last weekend's miscue. On Friday, the 40-year-old, whose relative youth is part of his image, spent more than half an hour fielding questions from kids about his views on climate change and FridaysForFuture — on Twitter, of course. 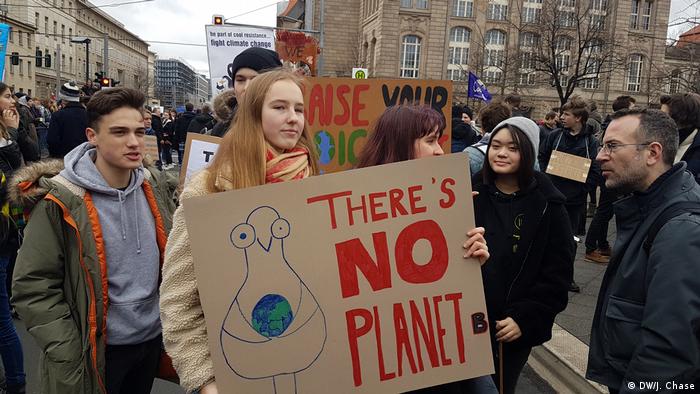 Some politicians say the kids are no experts, but the kids say, in this case, they know better

The way of the dinosaurs?

The protesters demanded a broad spectrum of actions, ranging from an end to coal-produced power to reductions in CO2 emissions to the levels set in the Paris Agreement. But how much did the young people waving signs reading "Global warming is not cool" or "Let's f**k each other instead of our planet" on Friday understand about the nuts and bolts of climate change and political efforts to combat it?

There's no way to measure the knowledge of a crowd estimated to be above 25,000. Many of those at the demonstration were probably reasonably well-informed citizens not yet of voting age who were making their voices heard the only way they could. Others were no doubt just along for the ride. Such is life when what began as one person's crusade becomes a mass movement.

"If we acknowledge the enormity of the task, to change a self-contained system that's consuming the world, we not only need a huge amount of patience but all the allies we can get," said Johannes Vogel, the director of Berlin's Museum of Natural History, which is located next to Invalidenplatz.

Young protesters were offered free admission to the museum after they had marched to the Chancellery — Chancellor Angela Merkel's office — and back to the square. Those who took up the offer were greeted by the spectacle of a brontosaurus skeleton looming ominously just inside the building entrance.

Most scientists today believe that with their tiny brains, dinosaurs were unable to adapt to radical change in their environment caused by a meteor strike, a spike in volcanic activity or another phenomenon outside their control. The FridaysForFuture movement argues that humans must hurry up and use their far-larger brains to avoid making themselves the victims of the same fate.

UN issues dire warning on the deadly effects of pollution

Environmental damage and pollution cause a quarter of all deaths, a UN report said. The Global Environment Outlook also warned of serious economic consequences for developing countries if no action is taken by 2050. (13.03.2019)