Germans want to uphold culture of Holocaust remembrance | Germany | News and in-depth reporting from Berlin and beyond | DW | 24.01.2020 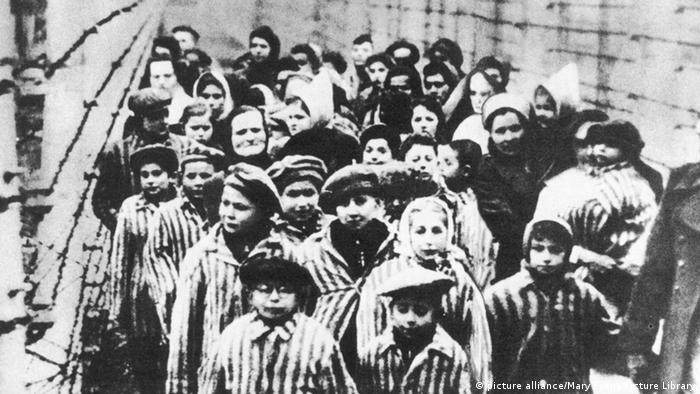 The Red Army liberated the few survivors left at the Auschwitz-Birkenau concentration camp 75 years ago. More than 1 million people, mostly Jews, were killed there. In 1997, prompted by then-German President Roman Herzog, January 27 was officially deemed the German Day of Remembrance of the Victims of National Socialism. In 2005, the United Nations (UN) declared January 27 International Holocaust Remembrance Day.

Anti-Semitism in Germany has risen once again over the past several years, with an increase in the number of anti-Semitic attacks against German Jews on the country's streets. The ignominious highpoint of this tendency came last year on October 9, when a young attacker attempted to storm a synagogue on the high holy day of Yom Kippur in the eastern German city of Halle and murder the 51 worshippers.

But how important is remembrance of the Holocaust to Germans these days? DW commissioned infratest dimap to investigate that question. To do so, the polling institute conducted a representative survey with 1,018 respondents. Opinion pollster Roberto Heinrich said the result of the interviews was "largely reassuring."

Majority of Germans for taking responsibility

The second question posed was as follows: "Someone said recently that almost 75 years after the end of the Second World War it is time to close this chapter of history and stop talking so much about the crimes of the Nazi era: Would you agree with that statement, or not?" A broad majority, 60%, voiced opposition to the idea of closing the book on past German crimes. Conversely, 37% said it was time for Germany to draw a line under its Nazi past.

A third question asked respondents about the proper approach to dealing with Germany's Nazi past, to which three-quarters of all interviewees said German students should be required to visit concentration camps at places like Auschwitz and Buchenwald as part of their school curriculum.

Some 61% of respondents were in favor of dealing with their own family's history during the Nazi era, yet a majority (55%) did not deem it necessary to convey pertinent information about Germany's past to newly arrived asylum seekers.

Higher education leads to a willingness to remember

Pollster Roberto Heinrich says the first reaction from a colleague who looked at part of the study was "education helps." That was most clearly evident in regard to the debate about closing the book on the past. Only one in five respondents (21%) with a high school or college degree were in favor of closing the book on the Nazi era, whereas more than half of those (56%) with vocational school or community college degrees said it was time for Germany to put its past behind.

"Overall, the study shows that a clear majority of Germans are of the opinion that we must continue to deal with the subject of the country's National Socialist past," said Heinrich.

However, the German government's anti-Semitism commissioner, Felix Klein, expressed concern to DW at the results of the survey in view of the fact that so many Germans wanted to stop talking about the Nazi era.

Klein said it must be made clear to those who felt they were being forced to remember against their will that " our culture of remembrance is not an end in itself, but something that is important for our society today." He said that the situation of Jews in Germany had taken a turn for the worse, particularly through a "brutalization" in social media.

"We have to do everything we can to counter this," he said.

A comparison of the recent data with the results of the "Memo Germany — Multi-Dimension Culture of Remembrance" polls taken in 2018 and 2019 show a clear shift in the country's political and social climate. Two years ago, only 26% of respondents called for an end to dealing with Germany's Nazi past, but in 2019 some 33% of respondents were in favor of it. In the current DW infratest dimap poll, that figure is 4% higher.