'Germans are going to have to play a larger role'

Germany abstained from the UN General Assembly vote on whether or not to grant the Palestinians observer status. Stephen Szabo, an expert on US-European relations, says Berlin walks a fine diplomatic line. 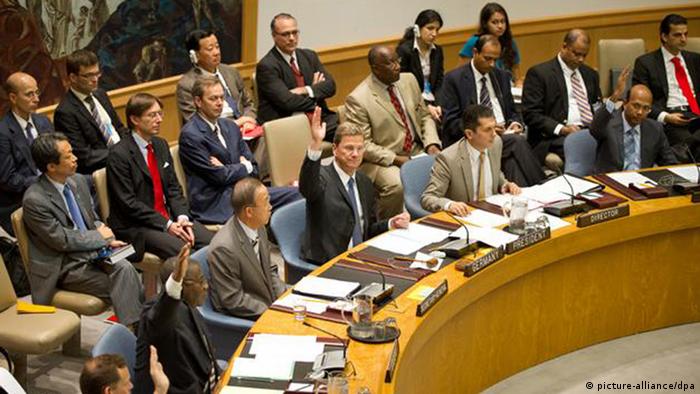 Deutsche Welle: Earlier this week, Germany signaled that it would vote against the Palestinian bid for UN observer status. But then Foreign Minister Guido Westerwelle announced that Berlin would abstain. Why would Berlin decide to abstain from this vote?

Stephen Szabo: They don't really agree with what the Israelis have been doing in Gaza. Obviously Germany has a special relationship with Israel, so it has to be careful. But at the same time, I think it's not sympathetic with the American position on this and wants to show they have some independence … without being too critical of Israel.

During the Libya uprising in March 2011, Germany abstained from the Security Council vote authorizing the creation of a no-fly zone, which its NATO allies ultimately enforced. Does Germany find it difficult to take a clear position on high-profile international issues? 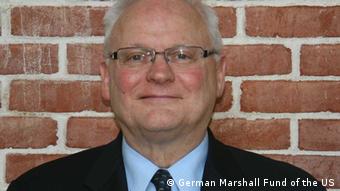 Yes it does, because it's going through a transition period from having a foreign policy that was sort of contracted out to the United States, to one now that is essentially more of a German foreign policy. Also, it is confusing because the Europeans don't have a consistent or coherent policy, so the Germans are sort of caught in the middle. They're expected to play a more independent role, but they're not used to it. I think at this point they're still feeling their way, but they're moving toward having what I would call a more "normal" foreign policy. The kind of foreign policy a country like France or Britain would have.

Practically, what would it mean to have a more "normal" foreign policy from the German perspective?

In other words, being willing to take positions that are more independent from the United States or (Germany's) key European partners, if it thinks its national interests are involved.

I do think that part of the story is that German foreign policy is pushed a lot by its economic policy: Its exports, its relationships in whatever region it is - whether it's Russia, China or the Middle East. And so to some extent, the Germans have economic interests that are much stronger and somewhat different from some of the other players, and they have to worry about those (interests).

Are those economic interests playing any specific role here in terms of the Israeli-Palestinian conflict and the vote at the UN?

I think only in the sense that Germany has major markets in the broader Middle East, particularly the Gulf, and that it needs to be careful about alienating Arab public opinion and Arab elites as well. So I do think there's something there. I wouldn't want to be too crass about it - it's not a one-to-one relationship. But certainly this is a major factor in German thinking.

Has Germany damaged its relationship with the US by abstaining from votes on key international issues, such as on Palestinian observer status at the UN?

I think that there's a lot of sympathy with the German position in Europe at least, and even in the United States. So I don't see this as being as dramatic a break as the Libyan situation. And it may even gain Germany some respect in that it's now sending signals that it has to be taken seriously as an international player, and its interests have to be taken into consideration.

Although there was some division in Europe on the Palestinian initiative, the reception has been mostly positive, and a host of countries - including France - pledged to support observer status. The US said clearly it would vote no. Does the US have a clear difference of opinion with many European nations on the Israeli-Palestinian conflict?

There's always been that difference; it's always been there because of US domestic politics. I think that the Obama administration is actually probably more sympathetic with the European position in private. But in public, because of the politics of the situation here (in the US), it can't take that position. I don't think the real gap has been as great as it seems.

Since the election, if you look at the Obama-Netanyahu relationship, it's pretty clear that Obama is not exactly wildly enthusiastic about (Israeli Prime Minister Benjamin) Netanyahu's policies.

Does Germany have difficulty reconciling its close relationship with Israel and the US on the one hand, with the views of its key partners in the European Union on the other hand?

I think that's the case, and that's why it makes it so difficult for the Germans. It would be a little bit easier for the Germans if there was a more coherent and consistent European policy - that's not the case right now. So they can't be part of a broader consensus, they are having to push things a little bit from their own position, as they're doing with the euro issue as well. I think you're going to see more of this; the Germans will be taking more of a lead in pushing Europe on a European position.

This is difficult for them because of their relationship with Israel obviously, and the Germans are always sensitive about that. But I think they realize now that they have to take a more independent position.

Does Germany view itself as a leader internationally - does it want to be a leader? Or is leadership something that Germany is uncomfortable with?

(Germany) is not used to it, and it's uncomfortable with it, and I think for obvious reasons it's been reluctant to take on a larger role. If you see what's happening with the euro crisis, for example, every time the German government tries to take on stronger role, it sets off all kinds of anti-German sentiment and makes life more difficult for them. It's the old German problem - you don't want to be encircled by hostile countries. To that extent, Germany has a much more difficult position than the United States. It has to be sensitive to a lot of different neighbors and opinions and it's difficult.

What's happening is that the US role in European politics is declining, and the EU is not picking up the slack at this point, so who's left? It's going to be the Germans who are going to have to play a larger role. They're not going to like it. It's going to make them more uncomfortable and more unpopular - but that's life.

Stephen Szabo is the Executive Director of the Transatlantic Academy in Washington D.C., an institute that brings together scholars and policy experts from Europe and North America to work on projects addressing the challenges facing the transatlantic community. Dr. Szabo is also a fellow with the German Marshall Fund, where he specializes in German politics, US foreign policy and transatlantic relations.

The UN General Assembly is about to vote on recognizing Palestine. More countries support recognition, but will it help bring Israel and the Palestinian Authority back to the negotiating table? (29.11.2012)

Washington's lament that Berlin isn't pulling its weight in NATO is old hat. But that criticism is increasingly being shared by a traditionally close ally who is puzzled by Germany's stance. (24.11.2011)