Regardless of how much it infuriates them, Germans do love bureaucracy. It reaches into every corner of everyday life. In his eighth column, Peter Zudeick untangles some red tape. 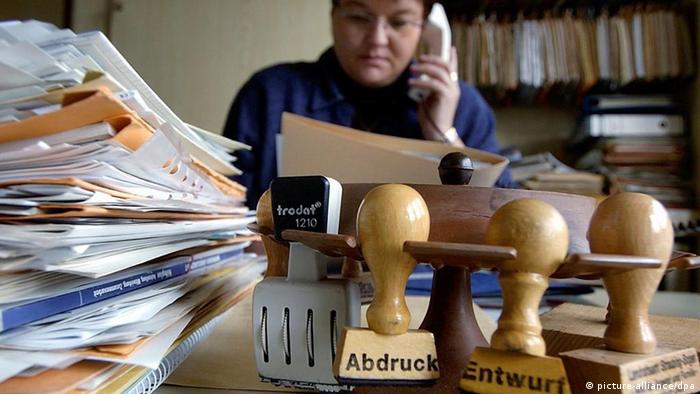 Is there anything more German than bureaucracy? No one in this country gets to cut through red tape: when it comes to paperwork, the rules apply to everything and to everyone - equally. 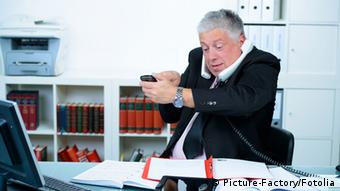 Survival in the jungle of bureaucracy can be a challenge

Armies of conscientious civil servants make sure the rules are followed. Bureaucracy is Germany's pride and joy. Although the term originally comes from the French, the actual concept was dreamt up by the Egyptians, some 5,000 years ago. But it was the Germans who refined it into a system that regulates every last detail of every single area of life.

For a start, it regulates the lives of bureaucrats themselves. Consider the German Travel Expenses Act. "If a public servant dies on a business trip, the business trip is over," it states, slightly self-evidently. Or what about the Federal Defense Administration's pronouncement that "in terms of benefit claims, death represents the most extreme form of invalidity." You don't say! Isn't German officialese supposed to be abstract and incomprehensible?

Bureaucracy also dominates the daily lives of the general public, reaching into their every corner. 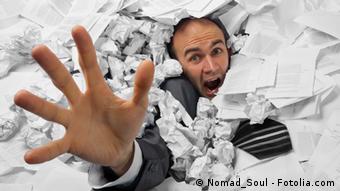 Sometimes bureaucracy can drown you.

"Margarine is defined according to the definition laid out by margarine law," says the German Foodstuffs Code. Postal regulations contain some of the most outstanding examples of bureaucratic jargon going. "A postman's sack is a bag, which, due to the fact that it serves as a tool for delivering mail, is not referred to as a postman's bag but as a postman's sack, since its content actually consists of several bags," reads one Deutsche Post memo - allegedly.

No gondoliers in Germany unless you have a license

But bureaucracy is not merely a matter of language. Bureaucrats' real fun is to be had when they can insist that rules are put into action - as one restaurateur in Leipzig found out when he (naively) decided to hire two gondoliers from Venice to ferry his guests along the river outside his restaurant. Needless to say, the Office of Public Order demanded to see the gondoliers' license.

Restaurateurs in Bavaria, meanwhile, are obliged to pay a "shade fee" if they install an awning that extends beyond a specific distance over the pavement. We can't have that can we! 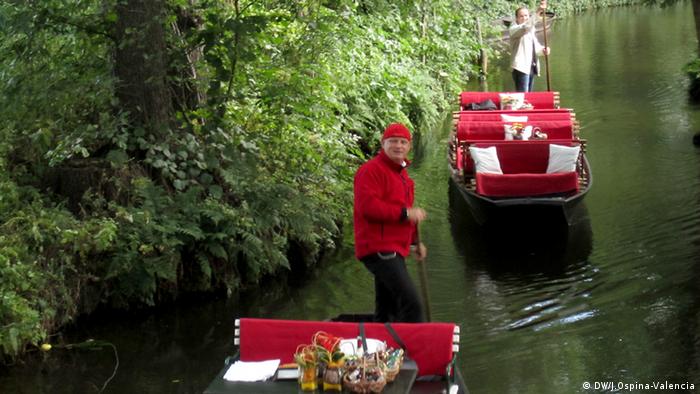 No gondoliers in Germany - at least not without a proper license

Of course, there have been several attempts to work through Germany's collective in-tray. But bureaucracy-buffs know they don't need to worry too much about anti-red tape drives. A "Bureaucracy Reduction Masterplan" was launched back in 1983 by then Chancellor Helmut Kohl, but all it did was generate more paperwork. Its main legacy was a de-bureaucratization office in Bonn with a few employees and a lot of lovely brochures. These days, there are similar schemes all over the country - all equally ineffective.

Bureaucracy is here to stay.