A German woman's plan to save money on a car backfired after the dealership noticed something wasn't quite right with her method of payment. 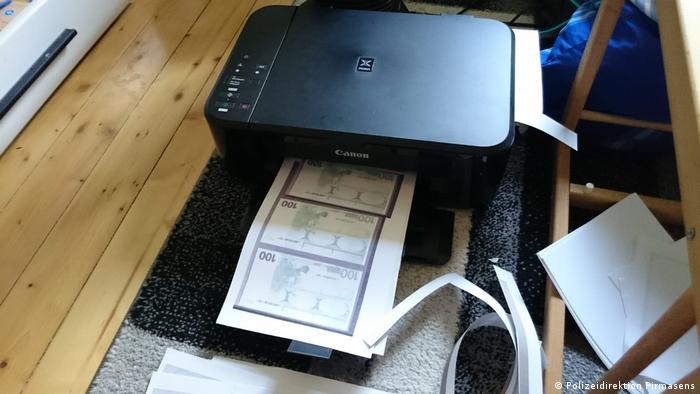 A German woman walked into a car dealership in the southwestern German city of Kaiserslautern on Friday ready to buy, but instead ended up riding in a police car after she was arrested when the dealership quickly noticed that her wad of €15,000 in cash was counterfeit.

But uncovering the woman's plan did not take much detective work. Local police said Monday that the 50 and 100-euro notes had been printed out on an ordinary ink jet printer, using ordinary printer paper.

After searching the 20-year-old woman's home in the nearby city of Pirmasens, police said they found a printer loaded with freshly printed "money," along with €13,000 worth of fake euros.

According to Germany's Federal Criminal Police (BKA), "imitating money with the intention of putting it on the market" is punishable by at least one year in prison. The state prosecutor has yet to issue criminal charges against the woman.

Although professional counterfeiters use highly sophisticated equipment, the BKA said that amateurs can easily access counterfeiting equipment online, and that "no special knowledge" is necessary. The 50-euro note is the most counterfeited.

In its most recent report on counterfeit euros in Germany, the BKA said that 54,000 counterfeit cases were reported in 2018, with 99,900 banknotes amounting to more than €17 million pulled from circulation.