The new bills have been designed to be harder to counterfeit. The overhaul of the paper currency is now complete. 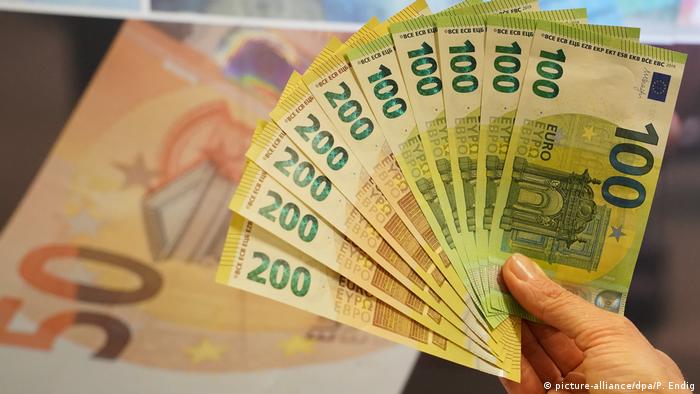 New  €100 and €200 notes were released into circulation on Tuesday, completing an overhaul of the currency's paper denominations that is aimed at deterring counterfeiters.

The fresh bills have been changed to have larger numbers in a bolder design, have a satellite hologram, and have been printed in more contrasting shades than the old versions, which had remained the same since they were first introduced in 2002.

€50 notes are the most popular, but €100s are also in high circulation.

Redesigning the bills is part of a larger attempt by the ECB to curtail crime. The bank has discontinued the €500 bill, a measure supporters say will cut back on the financing of terrorism, black market transactions and off-the-books work.

Germans love their cash and many were not happy when the European Central Bank decided to stop issuing the €500 note. As the rest of the eurozone says goodbye, Germany is delaying its final farewell until April. (27.01.2019)

German inflation rises to 2.1% in April, above ECB target