The last of Europe's central banks have stopped issuing the large-denomination bank note. Germany and Austria were given longer than their European neighbors as the bill was used comparatively often. 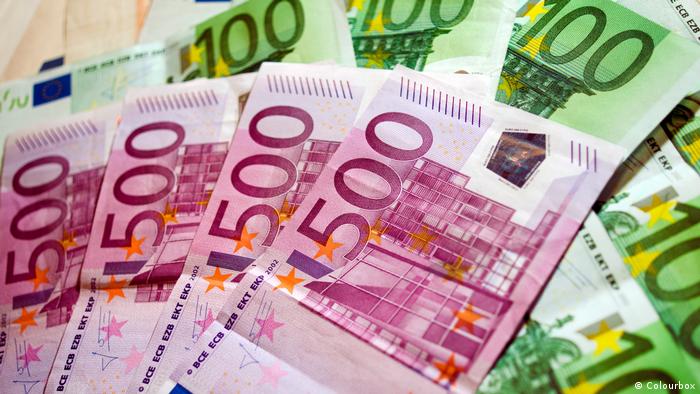 The German Bundesbank and Austria's National Bank stopped issuing the €500 ($557) bank note on Friday, three months after it had ceased to be handed out in the rest of the eurozone.

The delay reflects a preference among consumers in both countries to continue to use banknotes for everyday purposes such as shopping, and for savings. Existing €500 notes in circulation will continue to be legal currency. 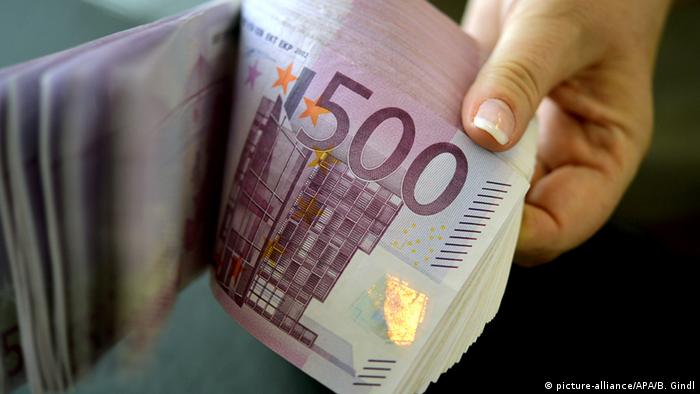 Within the eurozone, the €500 euro note makes up just 2.3% of paper currency in circulation but it is used more in both Germany and Austria. By contrast, the €50 note totals 25% of all euro banknotes in circulation.

According to the European Central Bank (ECB), the €500 bank note was used primarily by criminals to disguise their illegal income, and to launder money.

The eurozone's central bank has been redesigning all paper notes to make them more difficult to fake: "The ECB has a duty to safeguard the integrity of euro banknotes and continue to improve banknote technology," an ECB spokesman said last week.

New notes in May

At the end of May, the ECB will issue new €100 and €200 notes with enhanced security features and a hologram with small euro symbols that move around the number and sharpen under direct light.

"The new €100 and €200 banknotes benefit from the same security features as the €50 banknote, such as a portrait in the watermark and in the hologram, plus new and upgraded ones that make them harder to counterfeit but still easy to check," the ECB spokesman said.

The ECB has kept its benchmark refinancing rate at zero, as it weighs up risks to the economy from Brexit and trade disputes. ECB chief Mario Draghi said the eurozone's current economic indicators were "weak." (10.04.2019)

The German lender has started providing files to New York authorities related to funding of Trump projects. Investigators are interested in Deutsche Bank as it is one of the few banks to lend to the Trump Organization. (25.04.2019)

The euro has fallen to a 20-year low threatening to inflict further pain on an economy that's already having to contend with a surge in inflation. And the bad news is that the common currency's slide may not stop here.

The euro banknotes have undergone only one minor update since being introduced almost 20 years ago. Now, a decision on new designs to make them "more relatable" is to be taken by 2024, the ECB says.

The Bank of England has warned that Britain is facing a recession as it hiked its benchmark interest rate by 0.5%.