They are the first specific allegations affecting the German entertainment industry in the wake of the #MeToo movement: Award-winning filmmaker Dieter Wedel however denies accusations of sexual harassment and assault. 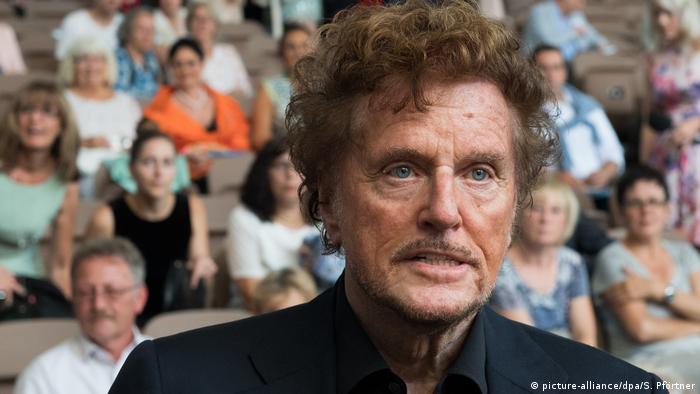 Three German actresses have made allegations of sexual harassment against a well-known, successful German TV director.

The allegations of sexual assault against Dieter Wedel, 75, were first published in the Die Zeit newspaper supplement.

Patricia Thielemann accuses Wedel of forcing himself on her in a hotel room in 1991, and attempting to strangle her when she fought back.

Jany Tempel says she met Wedel in his hotel room in Munich in 1996 for what she was told was a casting session. She told Die Zeit that Wedel, wearing a bathrobe, grabbed her and pushed her against the wall. When she asked him to stop, she said, he threw her on the bed and forced her to have sex with him.

A third accusation of sexual harassment is by a woman who chose to remain anonymous but says she refused the director's advances and was subsequently punished and intimidated on set.

Wedel has categorically rejected the accusations.

His lawyer promptly issued a statement on the website of the annual Bad Hersfelder Theater Festival, which Wedel has directed since 2015. He called the allegations "inaccurate and unjustified."

"Our client regrets that in the course of his many years as a producer and director he has exposed actors and actresses, particularly on set, to sometimes harsh and even hurtful criticism," Hamburg-based lawyer Michael Philippi wrote. "There was never any connection (between this behavior) and these alleged attacks."

In a written response to Die Zeit, Wedel admitted having had a "short affair" with Tempel, without having forced her into having sex.

The prominent TV director is the first major figure in the German entertainment industry accused of sexual assault in the wake of the #MeToo movement that emerged with the allegations against Hollywood producer Harvey Weinstein last year.

Meanwhile, there have been demands for a complaints desk for the film industry. "In Germany, too, actors and actresses who have been harassed have been left to their own devices far too long," said Christine Lüders, head of the federal anti-discrimination office. "We've smirked about the proverbial casting couch for too long," she said, adding that it has becoming evident that actors, and actresses in particular, are exposed to sexual harassment at the workplace.

Banned from giving courses in early December, the head of New York's City Ballet has now retired but still contests the charges. (02.01.2018)