A woman has accused Hollywood star Dustin Hoffman of exposing himself to her in a hotel room when she was 16, according to Variety. Two others claim Hoffman assaulted them while they were working on the 1987 film Ishtar. 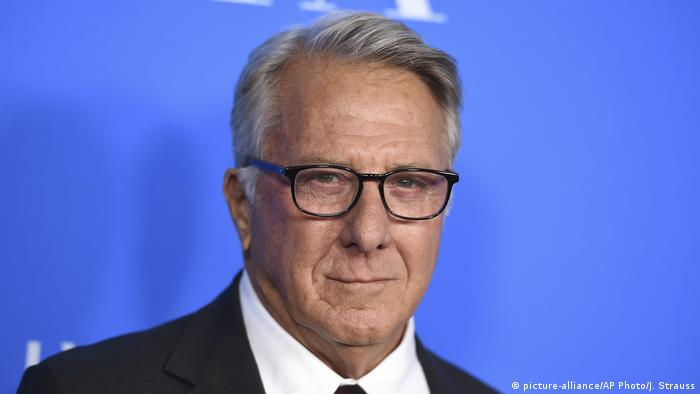 In an article published in the Variety magazine on Thursday, playwright Cori Thomas accused Dustin Hoffman of exposing himself to her while she was a classmate of Hoffman's daughter.

According to Thomas, the incident took place in 1980, when she was 16 years old. The actor had dinner with Thomas and his daughter and, after his daughter left, he allegedly invited the teenager to wait for her mother in his New York hotel room.

Thomas says Hoffman then went to the bathroom to take a shower before appearing in a towel. He then dropped the towel and was "standing there naked," the playwright says.

Hoffman allegedly put on a robe and asked Thomas to massage his feet, as well as asking her several times if she wanted to see him naked again.

The woman told Variety she was "saved" by her mother arriving downstairs.

"I was so mortified, I never said anything," she told the magazine.

Incidents at set of Ishtar

The Variety article also cites accounts from two other women, identifying one of them as Melissa Kester and saying the other wished to stay anonymous.  Both of the women accuse the 80-year-old actor of inserting his fingers inside them while they were involved with the production of the 1987 movie Ishtar.

Kester said the actor assaulted her while they were concealed by a partition in a recording studio, despite Kester's boyfriend and several others being nearby. The other woman says she was assaulted while Hoffman was giving her a ride home after the movie's wrap party.

Hoffman, who won two Academy Awards during his decades-long career, appears to be another influential name in the entertainment industry facing accusations of sexual misconduct. The media storm surrounding the accusations was triggered by the scandal over producer Harvey Weinstein in October.

The latest report brings the number of women speaking out against Hoffman to six. In late October, actress Anna Graham Hunter stated that Hoffman groped her on the set of the 1985 TV movie "Death of a Salesman," when she was 17.

Hoffman issued an apology to Hunter, saying that the incident was "not reflective of who I am."

However, Hoffman's co-star in the 1985-movie Kathryn Rossetter later also stated that the actor groped her and demanded foot rubs. The subsequent media reports also uncovered a 1979 account by legendary actress Meryl Streep, who claimed Hoffman groped her breast the first time they met — she was auditioning for a play he was directing. The actress said Hoffman eventually apologized to her for the incident.