The inhabitants of the northern German town of Hilgermissen have voted 'No' to the creation of dozens of street names. Despite occasional confusion over who lives where, many residents say their current system is better. 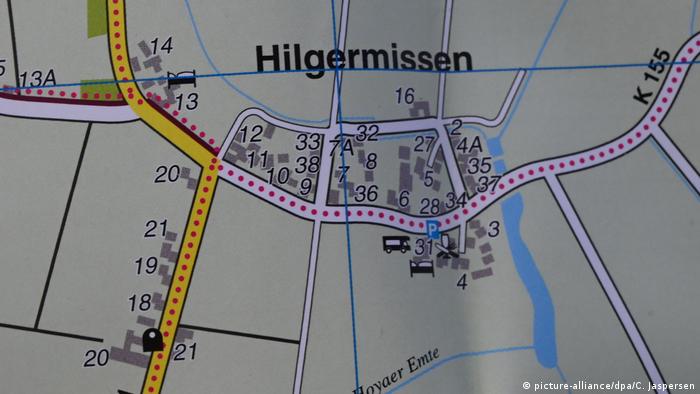 The residents of Hilgermissen, a small town that lies between Bremen and Hanover, have rebuffed a plan by local officials to introduce street names.

Sixty percent of the 1,282 voters who took part in Sunday's referendum disagreed with the proposal. Turnout was 69 percent.

Currently, Hilgermissen's hundreds of homes are labeled with just numbers, and residents give their postal address as their house number and the name of the town.

Last year,  the local council passed a motion to introduce street names to improve the ability to locate addresses by a seven to five majority.

Those advocating the introduction of street names pointed to postal and courier companies and holiday accommodation guests, who often struggle to find their destinations because consecutive house numbers are not always close to each other.

"There are some house numbers that are about 3 kilometers (1.8 miles) apart," said resident and supporter of the street name plan, Arne Röhrs.

The council had even commissioned a team from the University of Osnabrück to study access issues, the website of German magazine Der Spiegel reported.

But residents, who had rejected a similar proposal in 2013, set up a petition against the new plan and gathered hundreds of signatures.

Public broadcaster NDR said some residents had noted an "irritable atmosphere" between supporters and opponents of the street name proposal in the lead-up to Sunday's vote.

The result of the referendum is binding on the council for the next two years.

Despite officially only having numbers, some streets have been given nicknames by residents, including Bäckerweg [Baker Way], a popular name used in many German towns and cities.

Media reports have sparked public outrage, leading to a search for a new site. Critics said the initiative showed a lack of historical awareness. (02.02.2019)

Employees at a Hong Kong crisp factory got a nasty shock when they discovered a World War I-era grenade in a pile of potatoes imported from France. The mud-coated device was likely left in a trench 100 years ago. (03.02.2019)