Do you have the talent — and the right tools — to impersonate a deer's call while hunting? A hunting fair in Dortmund gave people a chance to prove themselves against rivals from all over Germany. 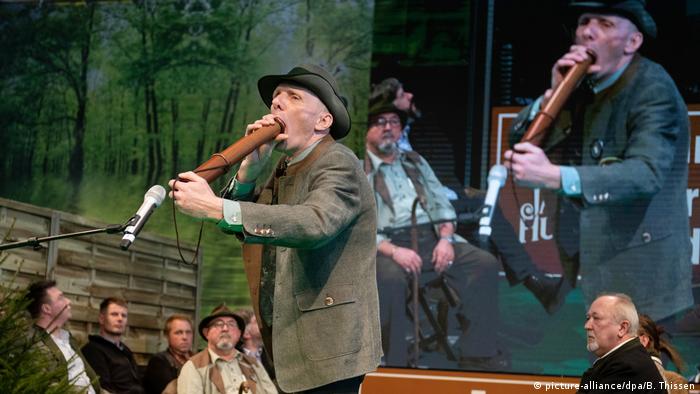 This Friday's competition saw 17 candidates — including one woman — face off against each other during several rounds in front of a live audience, where they use special instruments to produce the most authentic-sounding stag call. Hunters often use this technique to lure their prey, but a poorly executed call can prompt deer to notice the hunter's presence and bolt.

The contest regularly draws large crowds at the annual fair. This year, some 800 traders from 40 different countries gathered in northwest Germany to peddle weapons and hunting equipment, present hunting dogs and birds of prey, and even take part in in the Wild Food festival, according to the German news agency dpa.

The secrets of stag calling

Ahead of this year's fair, Germany's hunters' association DJV said that this year's event would increasingly cater to female customers to respond to the growing number of women hunters. According to DJV, women made up nearly one-quarter of the 20,600 people who attended hunting courses in 2018.

Visitors can also browse modern technology, including infrared scopes and night-vision equipment, but also shop for their own stag calling whistles.