Four German teachers took their demand to be allowed to strike to the highest court in Germany, only to face defeat before the judges in Karlsruhe. Public officials cannot go on strike, said the Constitutional Court. 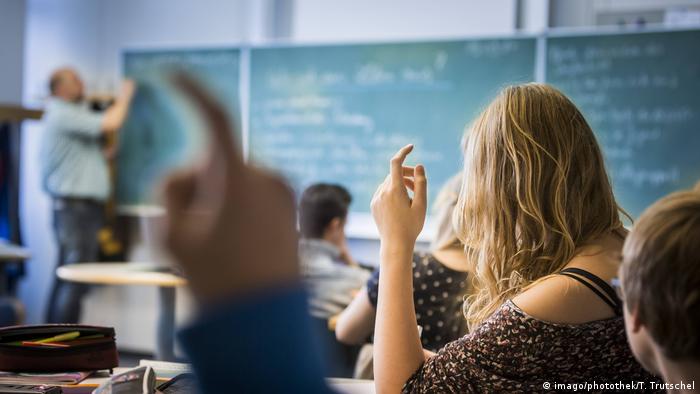 Teachers who are employed as civil servants would not be allowed to strike, Germany's Constitutional Court ruled on Tuesday, refusing a push to soften the strike ban on public sector workers.

The ruling comes after four German teachers took part in a strikes and protests during their working hours and suffered disciplinary measures for it. Regulations ruling public sector services in Germany prohibit civil servants from striking. Out of around 800,000 teachers in Germany, some three quarters are employed on civil servant contracts.

The four teachers filed a complaint, but were shot down before court. The case was closely watched in Germany, with its outcome expected to serve as a benchmark that civil service workers would use for similar legal battles in the future.

Eventually, the group of teachers took their case to the Constitutional Court in Karlsruhe, which is the highest ranking legal body in Germany, seeking to loosen striking ban for public sector workers. In their claim, the complainants cited Germany's Basic Law, which pledges freedom of association and lays legal ground for workers to strike.

However, the Karlsruhe judges said the ban on strike was not clashing with the Basic Law, which serves as Germany's constitution.

"A right to strike for civil sector workers would prompt a chain reaction in relation to the structure of the civil service and would undermine its fundamental principles," said the court head Andreas Voßkuhle.

In their initiative, the plaintiffs also cited recent rulings by the European Court of Human Rights in a case involving Turkish civil servants and their right to strike. The Strasbourg-based court ruled that both freedom of political association and the right of strike were human rights and that they could not be curbed by working for the state. The German teachers also claimed that teachers should be exempt from the ban, claiming there was a fundamental difference between teaching and jobs that grant employees "public authority" such as policing.

On Tuesday, however, Germany's Constitutional Court stated the strike ban was also not breaking the European Convention on Human Rights. saying that keeping teachers from striking enables the right to education. The judges also struck down the proposal to limit the ban to jobs with "public authority," saying that the current regulations would not allow such "cherrypicking."