The German state of Lower Saxony witnessed a 10.4 percent increase in crime at the height of the migration crisis, according to a study. The study’s authors said age and reporting practices factored into the connection. 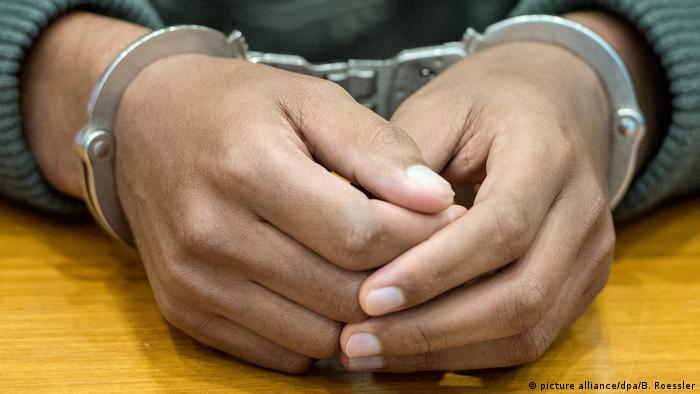 A new study suggested a link between an increase in reported violent crimes in Lower Saxony and a significant increase in migrant arrivals in the state.

According to the study, which was conducted by the Zurich University of Applied Sciences and paid for by Germany's Ministry of Family Affairs, police witnessed an increase of 10.4 percent in reported violent crimes in 2015 and 2016. More than 90 percent of the increase (not of total violent crimes) was said to be attributable to migrants.

The study's authors claimed that part of the increase was due to the fact that violent crimes committed by migrants were twice as likely to be reported compared to those committed by German nationals.

The life of an illegal migrant

Another factor contributing to the authors' correlation was the age of the migrants. According to the study, men between the ages of 14 and 30 are more likely to commit violent crimes than those in other age brackets.

The study said the 14 to 30 age bracket formed the largest of its kind for migrants in Lower Saxony, suggesting that in turn contributed to the link between the rising rate of violent crime and the increase in migrant arrivals in the state.

The authors also noted that there was a significant difference in the criminal migrants' countries of origin, saying men from Syria, Iraq and Afghanistan were significantly less likely to commit a violent crime than those hailing from North Africa.

The findings reflect earlier reporting that violent crime had increased notably during the so-called migration crisis. However, other studies found no links between increased crime rates and migrants.

Roughly 1 million migrants in total entered Germany in a relatively short period of time in the second half of 2015, many of them fleeing war and extreme poverty in the Middle East, Asia and Africa. This followed Angela Merkel's snap decision to ignore European protocols on a temporary basis and allow people walking across Europe to apply for asylum in Germany, rather than returning them to the first EU country they set foot in.

The most common reason for the migration was the civil war in Syria that has killed more than 300,000 people and displaced around half of the population.

Two years ago, German communities were forced to open refugee shelters at breakneck speed to accommodate the new arrivals. Many remain vacant, especially in rural areas. But spiraling upkeep costs are cause for alarm. (23.12.2017)

After the escape: Finding home in a foreign land