The coronavirus pandemic has seen a spike in reports of domestic violence in Germany. While this issue "predominantly affects women," two German states have announced a new hotline specifically for male victims. 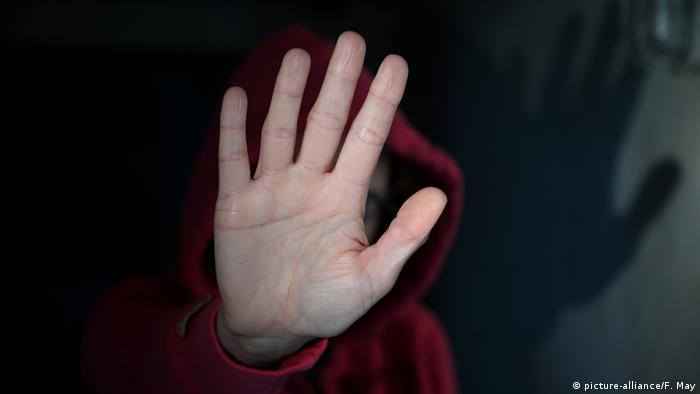 Two German states have set up a hotline for men at risk of violence, ministers of Bavaria and North Rhine-Westphalia announced on Wednesday.

The hotline, specifically for men, can be used by male victims of domestic abuse or sexual violence, but also those by those who are at risk of other kinds of violence. Examples include victims of stalking and arranged marriage.

"With the hotline we hope to make an inroad in the struggle to tackle violence against men," Bavarian Family Minister Carolina Trautner and North Rhine-Westphalia's Equality Minister Ina Scharrenbach said in a press release.

The two ministers also called on other German states to join the initiative.

Domestic violence increasing due to coronavirus

Restrictions on public life have led to families spending a lot more time together at home, and German Families Minister Franziska Giffey has repeatedly warned about the impact of such restrictions on the victims of domestic violence.

Minister Scharrenbach stressed that domestic violence "predominantly affects women" and confirmed that most funding and resources will continue to go to helping female victims.

Women's refuges and resources to help victims of violence have been put under increasing pressure since social distancing regulations were introduced.

Many existing nationwide services for victims of abuse are also open to men. Figures from 2018 estimate that 18.7% of the victims of domestic violence between couples are male.

People across Asia are staying indoors during national lockdowns to stop the spread of the coronavirus. Though the measures are yielding positive results, it is a dangerous scenario for women who face domestic violence. (09.04.2020)