German spy agency BND to get its own satellite

The German Intelligence Services are set to receive their own satellite for monitoring purposes. Until now, the agency sourced visual data from the German army and US satellites. 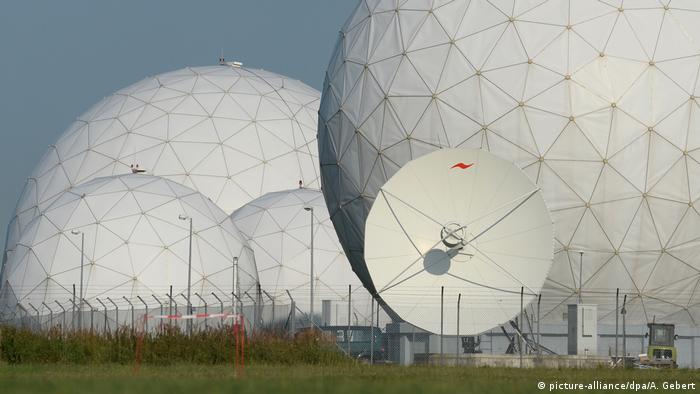 German news outlets, including the "Süddeutsche Zeitung," and public broadcasters WDR and NDR on Thursday published reports saying Germany's budget commission had approved a sum for financing a satellite for the express use of the German Intelligence Services (BND). According to estimates, the satellite would cost around 400 million euros ($435.32 million) and would be ready by 2022. In addition, 400 new employees would be appointed to the agency.

Currently, the BND receives its data from the German army (Bundeswehr), which operates its own small satellites. It also buys information from the open market and works together with partner agencies, for example in the US, to acquire high-resolution imagery.

BND has been lobbying for years for its own satellite technology for better monitoring, saying this technology will enable the agency to better supervise conflict regions like the Ukraine or countries suspected of manufacturing weapons of mass destruction. Until now, the chancellor's office refused to finance such a project, saying the costs were too high.

Berlin had also been engaged in talks with the US government for better spying methods under a project called "Hiros." Under the program, Germany and the US would have stationed three satellites, each at a height of 500 kilometers.

Pictures from these satellites would have primarily served commercial interests and disaster prevention, but the BND would also have had access to them. However, talks between US and Germany on the issue stalled in 2010, dashing the BND's hopes of finally having a direct source for gathering information.

Lately however, the German government has changed its stance towards security forces, announcing thousands of new appointments for its domestic spying agency and the police. Berlin justifies its policy change by saying that the security situation in Europe has changed and that it wants to reduce its dependence on US secret services.