Several new Snowden-leaked documents show how closely Germany's intelligence agencies work with the NSA. But did the German government deliberately soften laws protecting privacy to make life easier for them? 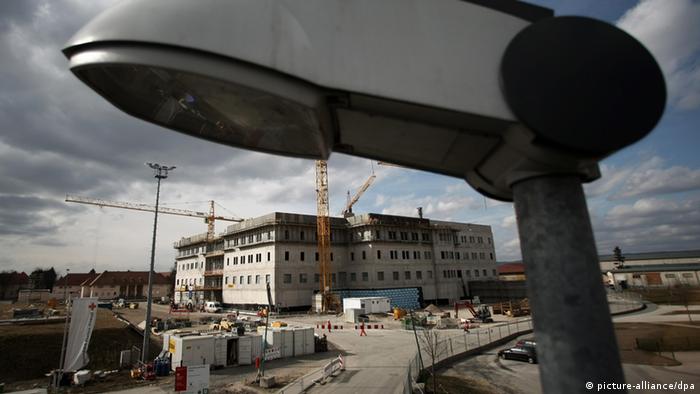 They suggest that the German Intelligence Agency (BND), the country's foreign spy agency, and the Office for the Protection of the Constitution (BfV), the German domestic spy agency, worked more closely with the NSA than they have admitted - and more than many observers thought.

The documents as published by Der Spiegel offer glimpses, but not a comprehensive view of what is essentially a transatlantic spy alliance. An NSA document from January 2013 shows the spirit of cooperation that existed between the NSA and first the BND and then the BfV, as well as the German Federal Office for Information Security (BSI). The documents also show that the BND has been "eager" for closer ties with the NSA on an analytical and operational level since 1962. 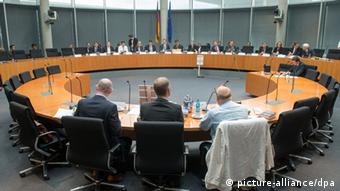 Among its "success stories," the documents praise how the German government was able to weaken the public's protection from surveillance. "The German government has changed its interpretation of the G10 law, which protects German citizens' communications, to allow the BND to be more flexible with the sharing of protected information with foreign partners." Germany's G10 law regulates in what circumstances its intelligence agencies are allowed to break Article 10 of the German constitution, which guarantees the privacy of letters and telecommunications.

Malte Spitz, member of the German Green party and spokesman for the Federal Association of Media and Internet policy, is always concerned when the NSA celebrates such "successes" in Europe. "The important question is whether the chancellery helped the agencies to get the permissions that made far-reaching surveillance possible by offering an alternative interpretation of the G10 law," he said.

Another document, entitled "JSA Restrictions," raises further questions. JSA stands for Joint SigInt Activity - in other words, joint technical investigations of the NSA and the BND at a facility in Bad Aibling, Bavaria. Since the BND, as a foreign intelligence agency, is not allowed to spy on German citizens, the document guarantees that domains ending with the German ".de" can't be investigated. Similarly excluded are all domain endings belonging to the so-called "Five Eyes" countries: Australia, New Zealand, Canada, Britain, and the US.

But since many German citizens use email addresses with endings like ".net", ".com" or ".org", the document includes a list of other Internet addresses that can't be kept under surveillance either. This list is surprisingly short - comprising just 50 names - and bizarrely random. Apart from domains that might be expected, like bundeswehr.org, mercedes-benz.com, deutsche-bank and siemens.com, the list also contains addresses that seem completely willful: like feuerwehr-ingolstadt.org, (Ingolstadt fire brigade), orgelbau.com (organ manufacturer), and seniorenheim.com (senior citizens' home).

"It would be funny if it wasn't so serious," says Andre Meister, editor of the Internet rights portal netzpolitik.org. "We don't have a .de domain - netzpolitik.org - but unfortunately we're not on the list either. So we have to assume we're being kept under surveillance." The same is true of German email services like gmx.net. 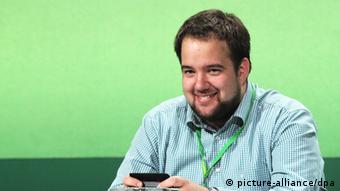 Spitz is concerned whenever the NSA boasts of success in Germany

Spitz can't make any sense of the list, and he wants answers. Why are some companies on the list and not others? Why are there no email addresses of politicians or journalists on there? Who drew up the list? Was the BND, or even the chancellor's office, involved?

The German parliamentary committee set up to investigate NSA activities in Germany could provide answers to all these questions. It wanted to ask Edward Snowden directly, but he has refused to answer questions in Moscow, where he was granted asylum after the US revoked his passport. The Green party and the socialist Left party want to question him in Berlin, but Chancellor Angela Merkel is unlikely to want to provoke a conflict with the US.

At the start of June, parliamentarians from Germany's governing parties, the Christian Democratic Union and the Social Democratic Party had wanted to organize an informal meeting with Snowden in Moscow in early July. His lawyer said on Friday (20.06.2014), however, that this would be impossible. Now the committee has to decide how much it wants Snowden to testify. The ball is in the court of the government parties.

Opinion: Where is Europe's outrage?

One year ago, Europeans were livid when Edward Snowden revealed NSA mass surveillance of European citizens. Now that new documents show most EU countries are in cahoots with the NSA, the public remains mostly mum. (20.06.2014)

Opinion: An agency of questionable intelligence

A year after the Snowden revelations, Germany's domestic spy agency has so little to say about the NSA surveillance scandal it calls into question the intelligence of the intelligence agency, says DW's Marcel Fürstenau. (18.06.2014)

A room, shower, and the Internet - such is daily life for Julian Assange. For two years, the controversial and enigmatic co-founder of the whistleblower site WikiLeaks has been living at the Ecuadorian embassy in London. (19.06.2014)