Dahrendorf, who was a respected European intellectual and politician, died on Wednesday evening in Cologne at the age of 80. He was made a British Lord in 1993. 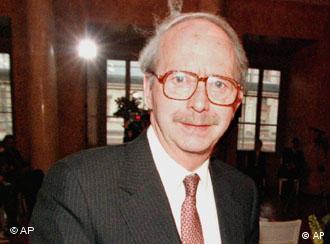 Dahrendorf will be remembered for his independent thought

Dahrendorf gained fame in the English-speaking world as head of the London School of Economics (LSE), a post he held from 1974-84, and as an Oxford University professor.

He wrote a number of articles and books in the field of sociology, including “Reflections on the Revolution in Europe,” and the “Modern Social Contract.”

Born on May 1st, 1929 in Hamburg, Dahrendorf's academic career began at the University of Saarbrücken in 1957 when he was awarded a professorship of sociology. There he wrote a thesis on class conflict and Karl Marx.

Although his ideas changed over the years, he remained committed throughout his entire career to the idea of a democratic society, pointing out in many of his writings how societies and institutions inexorably fail to live up to their ideals.

In the 1970s, Dahrendorf was a German member of the European Commission, where he represented the liberal Free Democrats (FDP). He served a short term as a junior foreign minister in what was then the German capital, Bonn. In 1988, however, Dahrendorf resigned from the FDP.

In Britain, he sat in the House of Lords as an independent after Queen Elizabeth II granted him a life peerage in 1993.

In 1988, Dahrendorf obtained British citizenship without giving up his German passport. Since retiring, however, he lived in Cologne, choosing to move back to Germany to be closer to his family.

Asked once in an interview what city he considered his home, he said, "I am a Londoner."

Dahrendorf was married three times, to British, US, and German partners. He is survived by three daughters from his first marriage.