German senior citizen thwarts robbers by chasing them off with cane

German police have warned about robbers who use tricks to distract victims while another makes off with their valuables. Seniors are usually targeted by such schemes, but one 103-year-old in Berlin was having none of it. 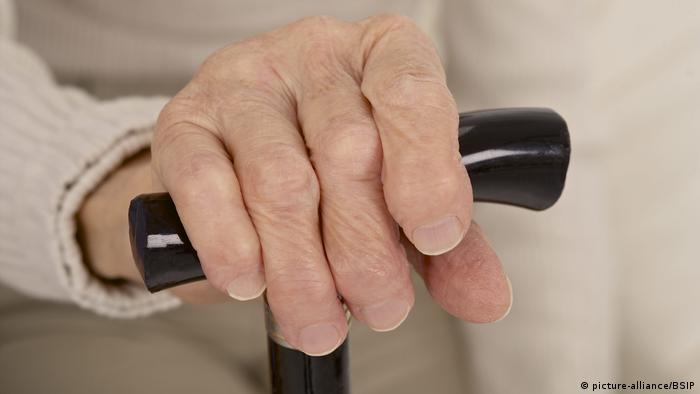 A woman in Berlin managed to prevent a robbery in her apartment by beating back the would-be thieves with her cane, police said on Thursday.

The thieves underestimated the response of the "sprightly" 103-year-old when they attempted to pull a so-called "paper trick," police said in a statement.

Two female strangers rang the bell at the older woman's apartment then forced her back into the apartment after she opened the door.

The two unknown women then went with the 103-year-old to her kitchen and told her to "describe a piece of paper," the older woman told police, adding that she refused to do so.

As one of the women came too close to the 103-year-old, she grabbed her cane and fought back — driving the two would-be thieves out of her apartment.

A man who had been waiting in the stairwell of the apartment building also fled from the house. He is believed to have been part of the group.

Fraudsters work in teams to pull off so-called "paper tricks" that typically target older people. One or more members of the group tell their victims that they need to borrow a piece of paper and pen, that they want to leave a message for one of their neighbors, or they try to convince their target to sign a petition.

While the victim is distracted, another member then steals valuables from the apartment.

Other tricks employed by thieves also include people pretending to be sick and asking for a glass of water, or asking to use the toilet in order to enter the apartment.

"Ultimately, it's always about diverting people's concentration onto something else so that an accomplice can scamper into the apartment to bag valuables," a police spokeswoman told the dpa news agency.

Police have cautioned people not to let strangers into their apartment, and to call for help or ask neighbors to get involved if they feel they are being targeted by tricksters.

Police are looking for clues after thieves stole a "large amount" of strawberries in broad daylight from a field in Germany. The berry burglars stashed their goods in the backs of four rental cars before escaping. (28.05.2018)