A German-funded school in Istanbul has told teachers they cannot even talk about Christmas in class. Berlin has expressed outrage as the school is financed with public funds. 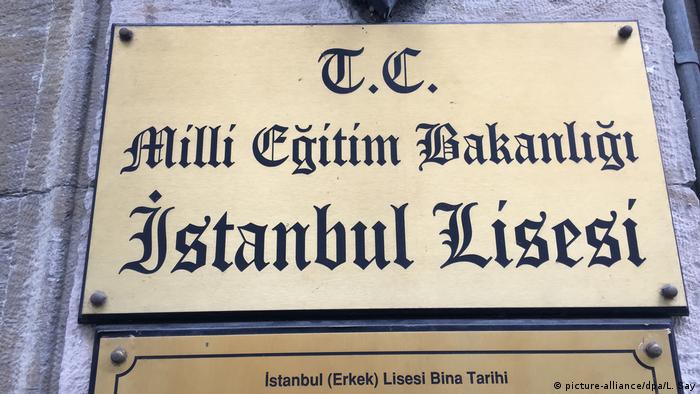 Berlin expressed its dismay on Sunday that a German high school in Istanbul had canceled its Christmas celebrations.

"We do not understand the surprising decision of the leadership at Istanbul Lisesi," said the foreign ministry. "It is a great pity that the good tradition of the intercultural exchange in the pre-Christmas period was suspended at a school with a long history of German-Turkish" friendship, the government said.

The elite high school was founded more than a century ago, employs around 35 German teachers and is co-financed by German public funds. Each December, the school has a small celebration for Christmas and teaches pupils about the holiday.

One week after the school's choir was prevented from singing at the German consulate in Istanbul, they reportedly canceled the festivities.

According to an email seen by German news agency DPA, the teachers cannot even mention Christmas inside their classroom.

"The topic of Christmas traditions and celebrations will not be discussed, taught or sung about, effective immediately, according to the notice by the Turkish management," the head of school's German department reportedly wrote.

Responding to the protests from Berlin, the school management denied that they banned celebrating Christmas.

However, they said that German teacher have recently been "talking about Christmas and Christianity in a way that was not foreseen by the curriculum."

Several German teachers confirmed to the "Spiegel" magazine that they were instructed to forgo Christmas songs and traditions. The school also wanted them to remove advent calendars from school premises, they said.

According to the magazine, the teachers requested anonymity as the staff is forbidden from talking to the media.

"Completely unacceptable," said Frank Josef Jung, a lawmaker from Chancellor Angela Merkel's Christian Democratic Union (CDU), who is in charge of religious issues. "If Germany is financing the teachers at this school, it has a say in what they teach," said Jung, "and the government needs to make that clear to Ankara." Numerous other lawmakers also expressed their outrage.

The move was seen by German politicians as part of a larger change under Erdogan away from secularism across Turkey. One German lawmaker, Sevim Dagdelen of the opposition Left party, even went so far as to call the decision at the school a sign of "Islamic dictatorship" in Turkey.

Turkish President Erdogan's ruling AKP party has sent a constitutional reform bill to parliament after lining up extra votes it needs from a smaller party. Opponents fear Erdogan is headed for one-man rule until 2029. (10.12.2016)

Turkey's foreign ministry has invited the German ambassador for talks in Ankara after a lawmaker was held at Cologne's airport. German police said the woman was held for a short time due to a problem with her passport. (07.12.2016)

Many children whose families have fled Ukraine to Germany are now attending German schools. An estimated 160,000 Ukrainian children has attended schools in Germany this year – an additional challenge for the country's education system.