Udo Lindenberg was born in Gronau, a small town near Germany's border with the Netherlands. The local people in Gronau are so proud of their famous native that they not only named a square after him, but also set up a larger-than-life statue. Not many celebrities are granted that honor during their lifetime. On May 16, 2015, a day before his 69th birthday, the musician unveiled the monument himself. "This is the Statue of Liberty of Gronau," he said on that occasion.

Three years ago, the statue – it wasn't made of solid bronze after all — suffered a tumble and had to be repaired, but that did not shake the Groanu locals' pride as long as they would get their Udo back. The statue is a bit like the title of the studio album he relased at the that point: "Stronger than Time."

While celebrating his 70th birthday in 2016, he toured the country, proving that he is stronger than time himself.

Udo Lindenberg live is indeed a spectacle to witness with up to 65 artists on stage at the same time creating a colorful, loud, shrill multimedia stage show. Age does not seem to matter. 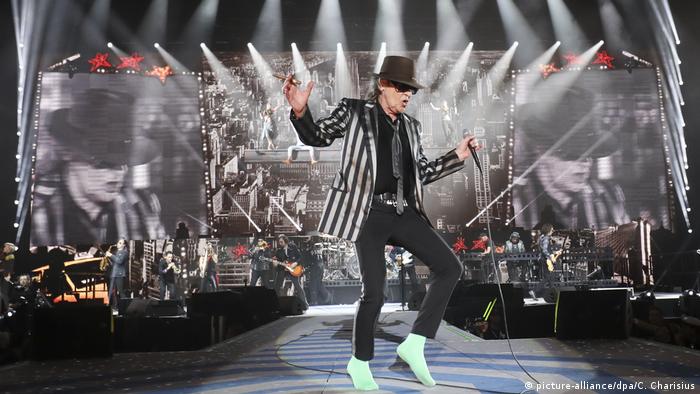 "Stronger than Time" tour: Udo Lindenberg on stage in 2017

Udo Lindenberg grew up with his three siblings in a typical small German town. His parents ran an installation business. Even as a child, Lindenberg didn't like small-town life; there was a rather loveless atmosphere in his parents' home, and his father was more partial to schnapps than to his children.

As a boy, he began to use tin boxes for drums, playing in the back of the yard; he and his buddies would drink, smoke and get into mischief — he simply wanted to get out. This is also reflected in a line in his song "Mit dem Sakko nach Monaco" (Off to Monaco, wearing my coat) goes: "The best road in our town leads right out."

More than 50 years on stage

He made a living as a jazz drummer, had a band with Peter Herbolzheimer, and played the drums in German jazz legend Klaus Doldinger's band, "Passport." He played the drums in the 1970 recording for the opening credits of the popular German "Tatort" crime series that is still a staple on German TV to this day.

But in his essence, Udo Lindenberg, who released his first solo record in 1971, represents rock'n'roll like hardly any other German musician can or will. He has produced many hits, and was even allowed to give a concert in East Berlin while the wall was still up, which was watched over closely by the Stasi secret police. 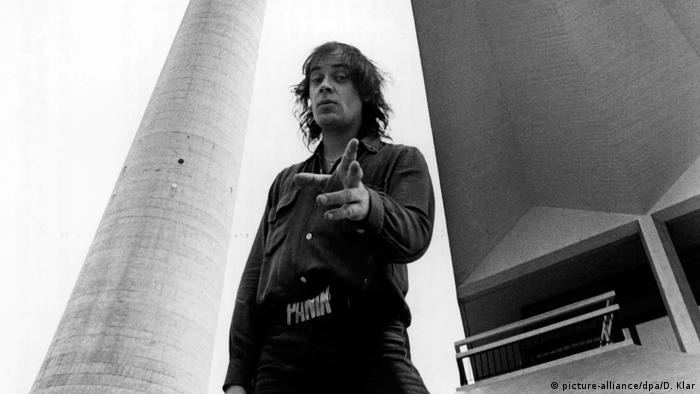 Udo Lindenberg in 1977 in east Berlin

Rock'n'roll, however, also has its dark sides, and alcohol abuse almost became Lindenberg's undoing in the 1990s. But the veteran musician picked himself up again, recorded two albums including an MTV Unplugged album with young up and coming German stars — and was back on his feet again in no time.

The pandemic hit him hard, too. The band's 2020 tour was completely canceled, and plans for later in 2021 are still up in the air. Last year, he urgently appealed to people who refuse to wear face masks: "We need to use our collective mega power, so put your masks on!"

With 52 albums and 23 singles released to date, Udo Lindenberg has featured in the German charts 1,134 times, according to Gfk Entertainment market researchers. 153 of those occasions even were in the top ten.

He is now releasing a new album just in time for his 75th birthday, titled Udopium, a nod to celebrating 50 years in the music business. In the single "Wieder genauso" (translation: the same again), Udo Lindenberg addresses death, saying that despite everything he went through in his life, he would do it all over again.

A German rocker on a special train: Udo Lindenberg

More than 50 years on stage: Udo Lindenberg looks back at several successful decades, and a few less successful years. Here's everything you need to know about the German rock legend who was born on May 17, 1946.