How many times have you been deceived by a luscious-looking piece of fruit, only to discover that it's no good? German researchers have developed a tiny device that can test fruit, so consumers can make better choices. 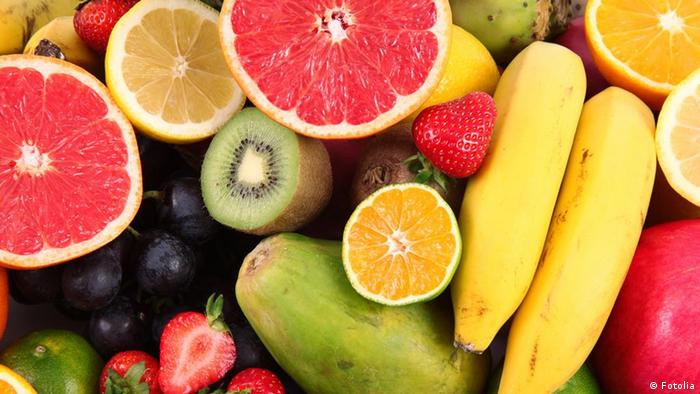 Scientists at the Fraunhofer Institute in Dresden have developed a tiny infrared spectrometer that can measure the level of water, sugar or starch present in a piece of fruit.

The device is smaller than a sugar cube, and once made more compact, could eventually be installed in smart phones, allowing consumers to test market fruits on-the-go. 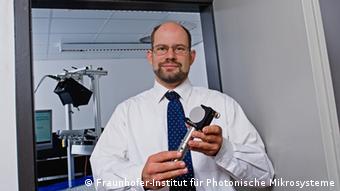 Infrared light waves emit from the device when a person points it at a piece of fruit. Heinrich Grüger, the Fraunhofer scientist who invented to spectrometer, says these infrared light waves are on the longer end of the spectrum and reflect not only from the surface of the object.

The light waves also penetrate millimeters or even centimeters into the object, reflecting back a spectrum of light that the device then measures.

"We don't just want to know whether the apple is red," Grüger told DW.

And since different substances reflect back the infrared light in different ways, this can tell what is within.

Software would compare the infrared reflections with data for the type of fruit in a database, giving the consumer special information.

Measurements could reveal the relative water content, or the amount of starch, and even differentiate between sugars, such as glucose, sucrose and fructose.

"In this way, we could judge whether the fruit has a reasonable amount of sugar, and therefore whether it's ripe," Grüger said.

Smaller than a sugar cube

Similar spectrometers already exist, but this new one is exceptionally small.

At about two-thirds the size of a sugar cube, it's about 350 smaller than other such devices.

The scientists at the Fraunhofer Institute for Photonic Microsystems manufactured the components directly onto silicon wafers, and have even devised a way for them to be mass produced. 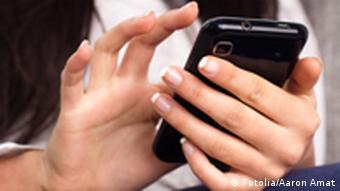 Smart phones - so smart they can test fruit?

Market applications for the tiny spectrometer, expected within three to five years, could include smart phone integration. But the scientists say that in order for that to happen, they will have to make it smaller still.

The device doesn't just have to be used for fruit - it could also be used to detect forgeries, or reveal whether a car has been repainted, and test the content of drugs and cosmetic creams.

Soon, a smart phone user could install a "fruit app" allowing him or her to scan fruit at the market. The only thing is, the user would have to make sure to select a comparison with the right type of fruit - otherwise the wrong information could come out.

The spectrometer is unable to tell the difference between a steak and pear - at least, for now. But there's probably another app for that anyway.

Surgeons could soon be using navigation technology that includes 3D imaging to raise precision and safety during operations. Infrared cameras are showing doctors the way. (11.04.2012)

Discovering the wonders of the coconut

Coconuts offer a wide array of uses from agriculture, energy, construction to medicine. Though research on the fruit is still in its infancy, the versatile palm has been sustaining communities for thousands of years. (27.03.2012)

Unravelling the mysteries of airplane emissions

Airplane emissions make up about three percent of human-caused greenhouse gas emissions. DW looks at the science behind these emissions in light of new EU regulations. (23.02.2012)

Check out what else the Fraunhofer Institute is up to