German proposal would outlaw most fracking until 2021

Germany should outlaw fracking for natural gas and oil if it occurs at a depth shallower than 3,000 meters, according to a government policy paper. If adopted, the ban would be in place until 2021. 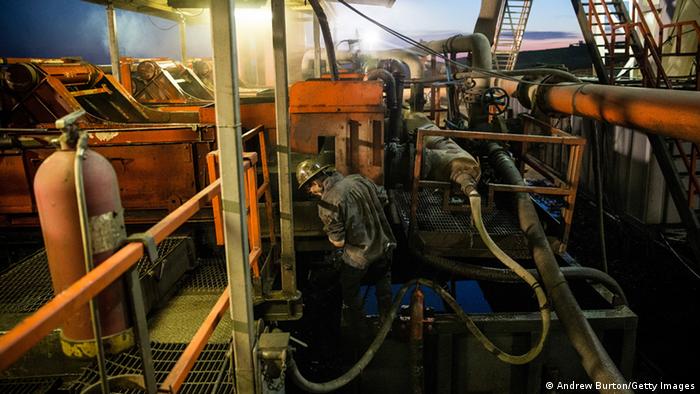 In a policy paper published on Friday, Berlin moved a step closer to adopting a clear policy on fracking, a compromise that has angered both environmentalists and the energy sector.

"Fracking for the purpose of extracting gas from shale or coalbed at a depth above 3,000 meters (10,000 feet) will be outlawed through the water budget law," the policy paper read. The ban could be reviewed in 2021.

Drafted by Economy Minister Sigmar Gabriel and Environment Minister Barbara Hendricks, the proposed policy would permit fracking only when drinking water is not in danger. Both Gabriel and Hendricks are members of the center-left Social Democrats.

"The protection of health and drinking water has the highest value for us," Hendricks said.

The association representing companies that extract natural gas and crude oil criticized the policy. According to Josef Schmid, the association's general manager, the policy would bring natural gas extraction to a halt and make Germany completely dependent on imports.

Fracking is a process in which bedrock is split by a liquid mixture deployed under high hydraulic pressure, allowing trapped natural gas to be extracted. The United States - where the technique is widespread - uses a mix of sand, water and chemicals.

Exceptions to the rule

Fracking that occurs deeper than 3,000 meters would be legal under the proposed policy, a major exception that has drawn the criticism of the Greens and environmental groups.

"Under the cover of supposedly protecting water, loopholes have been created that would in fact make fracking possible in all of Germany," said Johannes Remmel, the environment minister of North Rhine-Westphalia. Remmel is a member of the Greens.

Fracking for research purposes would also be permitted, but only if the liquid being used cannot contaminate water.

"If you want to seriously prevent fracking, then you don't need to do it for research purposes," said Julia Verlinden, the Greens' energy expert.