President Joachim Gauck has said in a newspaper interview that Muslims living in Germany are more definitively a part of the country than the religion of Islam, a slight change from the stance of his predecessor. 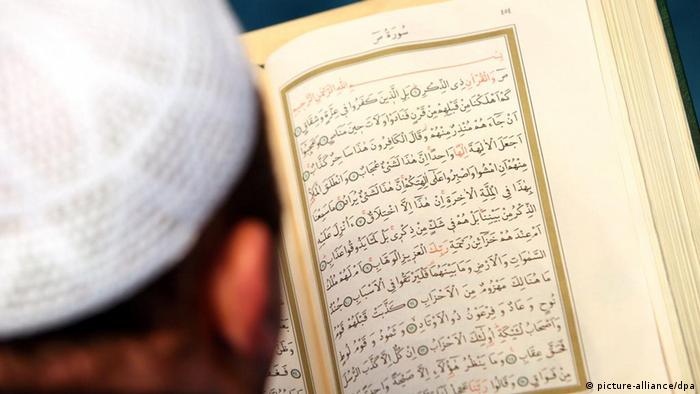 Two of Germany's most prominent Muslims issued differing reactions on Friday to comments from President Gauck earlier in the week.

When asked about a quote from the previous president, Christian Wulff - who had said that "Islam is now also a part of Germany" - Gauck told the newspaper Die Zeit that he would not have used this particular sentence, adding "but I do welcome the intent behind it."

"I would have simply said that the Muslims who are living here are a part of Germany," Gauck said in an interview published in the current edition of the weekly paper. He elaborated further, defining what he considers the most important factor for people with immigrant roots to be part of Germany.

"Anybody who has come here and doesn't just pay their taxes, but also likes to be here, partly because there's a level of justice and freedom not available in their country of origin, they are all one of us; so long as they adhere to our basic rules," Gauck said.

Opinion: Don't be fooled - Integration in Germany is making progress

You wouldn't expect it in light of the resurgent German debate about the willingness of young Muslims to integrate into mainstream society, but integration in Germany is actually faring better than expected. (09.03.2012)

But more generally, the president said he thought "one-sentence formulations on belonging" were problematic, "and especially when they concern something as delicate as religion."

The co-leader of the Green Party, Cem Özdemir, said in the Ruhr Nachrichten newspaper on Friday that he "can not understand this differentiation between Islam and practicing Muslims," adding that if Gauck considers Muslims a part of Germany, "then of course Islam is part of Germany too."

The chairman of the Central Council of Muslims in Germany, Aiman Mayzek, responded far more positively to Gauck's comments.

"The president is not breaking with previous conceptions, rather he is cleverly moving the existing debate forward as a savvy moderator," Mayzek said in a Neue Osnabrücker Zeitung interview published on Friday. Mayzek also said he did not think that Gauck had necessarily distanced himself from Wulff's earlier comment saying that allowing the discussion to revert to a "them and us" basis would "not be worthy of Germany's diversity."

Earlier media reports had suggested that Mayzek had accused Gauck of revisionism, something the Muslim leader denied - adding that he was confident Gauck's comments would bring the debate forward.

"It will surely help on that front that Gauck is a theologian by trade," Mayzek said, referring to Gauck's background as a Lutheran pastor.