Chancellor Angela Merkel's allies and enemies at home were divided on what exactly she achieved in Brussels. The big question remains: Will the chancellor's Bavarian allies, the CSU, ease off the pressure on her now? 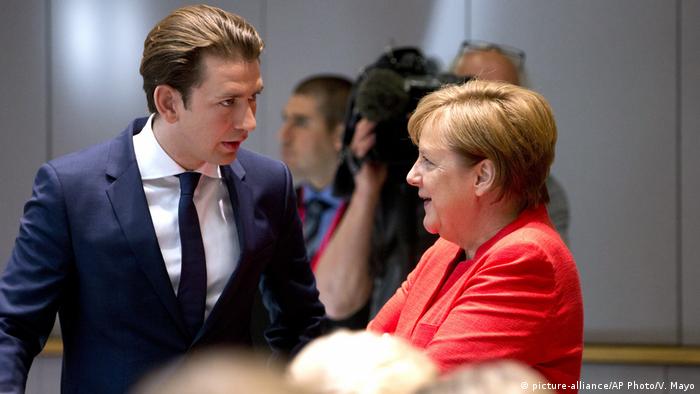 Angela Merkel's friends and enemies lined up in Berlin on Friday to defend and attack the chancellor after she stayed up for hours with EU leaders in Brussels
hammering out a common European Union plan on keeping out more asylum-seekers.

The ultimate question was whether Merkel had found a deal satisfactory enough to appease her Bavarian allies. The Christian Social Union (CSU) precipitated a government coalition crisis in the past few weeks by insisting that asylum-seekers who had already registered in other countries be turned away at the German border.

'Devil's in the details'

Manfred Weber, the CSU's party vice chair, praised the deals reached during the EU summit, but remained cautious about the content of the agreements.

"The devil is always in the details," he told German public broadcaster ARD in an interview. Weber, who also heads the center-right European People's Party group (EPP) in the European Parliament, said the agreements have only resulted in declarations of intent and that more concrete deals need to be reached.

The fight over asylum policy in Germany has left German voters unimpressed with Merkel's conservative alliance, according to the latest poll published Friday.

Support for Merkel's CDU/CSU dropped to 32 percent, down one point compared to earlier this month, the latest Politbarometer poll by public broadcaster ZDF revealed. Among the top ten German politicians, support for CSU leader and Interior Minister Horst Seehofer dipped sharply. Bavarian state premier Markus Söder also received the worst rating for a CSU politician in a decade, according to the poll. 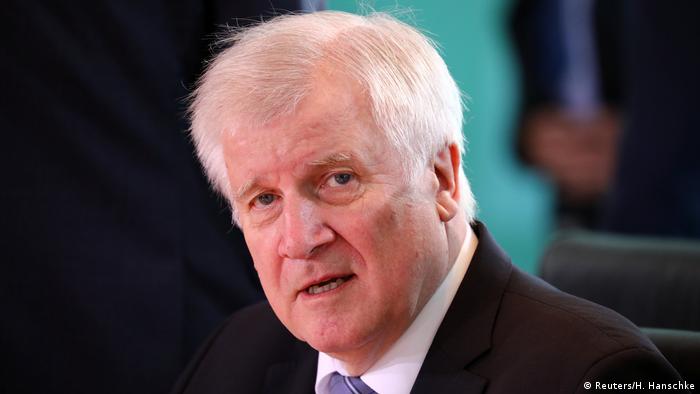 Political pundits suggested that Merkel had probably done enough to secure her immediate future. "Merkel does not come back empty-handed," Josef Janning, head of the Berlin office of the European Council on Foreign Relations (ECFR), told DW. "The summit has brought about a scheme to significantly reduce the arrival of people to the EU by sea and a new approach to deal with them — even though this will be done on a voluntary basis."

A lot of attention will now be on Seehofer, whose still-unpublished asylum policy "master plan" triggered a government-threatening conflict with Merkel two weeks ago.

"I see Seehofer ready to accept this as sufficient movement, a movement he will claim is only due to his initiative," said Janning. "He could also say that this is not enough – Merkel won't disagree – and that the option of national action needs to remain on the table to keep up the momentum."

The deeper problem, though, is whether Seehofer will be able to sell this position to his party, which is facing a challenge from the far-right Alternative for Germany (AfD) in a state election in Bavaria in October. "The big 'If' is whether the CSU will follow its chairman," said Janning. "Seehofer's role is formal rather than factual as the center of gravity has shifted to (Bavarian State Premier Markus) Söder and his followers."

Signals on Friday suggested that at least some in the CSU were prepared to give Merkel the benefit of the doubt. Alexander Dobrindt, a major CSU figure seen as one of a young generation of conservative politicians waiting impatiently for the end of the Merkel-Seehofer era, claimed that the Brussels deal had fulfilled the CSU's main demands.

"It is the result of a debate in Germany that the migration issue is finally being addressed more strongly at an EU level," he said. The CSU and CDU leaderships are meeting this weekend to determine the next step.

The alliance between Merkel's Christian Democratic Union (CDU) and the CSU remains intact in parliament, with the center-right group in the Bundestag putting out a statement on Friday hailing the EU deal as a "triumph of multilateralism."

But the ends of Germany's political spectrum were much more skeptical. Predictably, the AfD was first to condemn the Brussels deal – though some commentators have pointed out that it chimes with many of the demands that Europe's far-right have made for the past few years.

AfD co-leader Alice Weidel called the deal "as half-baked as one would expect." "Frontex is supposed to provide real border protection by 2020, so the EU is going to be as open as a barn door for two more years," she said in a statement.

Similarly, Christian Lindner, head of the business-friendly Free Democratic Party (FDP), which has taken a harder line on immigration in recent months, said that the deal left too many questions unanswered.

"For us this summit is not a breakthrough, just a step towards a new asylum policy," he told reporters in Berlin. "The CSU has to recognize that we're just as far as we were before. It might give Merkel a bit of space in her internal party confrontation, but there is still a bit to do for the solution we need in Europe." 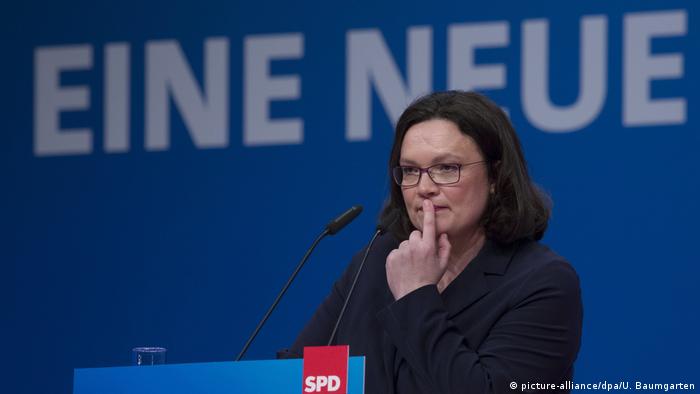 The Social Democratic Party (SPD), junior partner in Merkel's centrist coalition, has consistently blamed the CSU for destabilizing the barely three-month-old government by "blackmailing" the chancellor. On Friday, SPD leader Andrea Nahles once again called on the two conservative parties to end their "unholy" row over asylum policy. "I hope that the CSU will assess the situation as realistically as possible," she said.

Meanwhile, Green party leader Katrin Göring-Eckhardt condemned the "spiral of senselessness" from the CSU, before predicting to news broadcaster n-tv that the CSU "will back down, and then sharpen its rhetoric again, either in three days, six days, or 60 days, we'll see."

The socialist Left party leader Sahra Wagenknecht dismissed the EU deal as "a declaration of bankruptcy of a Europe that rests on certain values." "All that has been clarified is that the EU has now decided to concentrate on shutting people out," she told reporters.  She suggested the agreement had done little more than paper over problems with migration that the EU's own policies had created, condemning the fact that "not one word" had been exchanged on the trade deals that "made African countries poorer and poorer."

Angela Merkel has told German MPs that the question of migration could decide the fate of the EU. The chancellor is under increasing pressure at home from her Bavarian CSU allies. (28.06.2018)