Interior Minister Horst Seehofer has announced plans to increase random searches at all German borders. The goal is to discourage migrants from moving between EU member states. 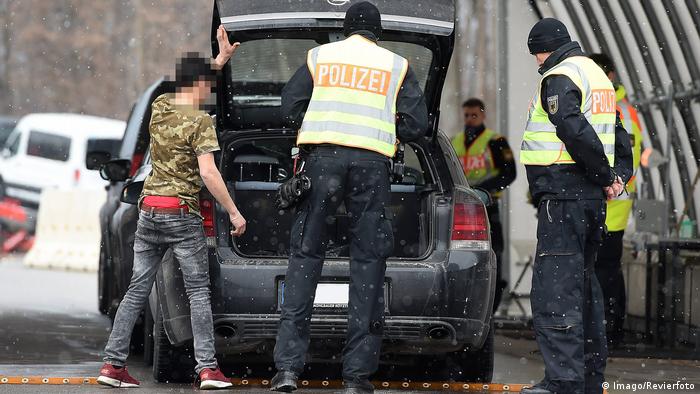 The move is designed to noticeably strengthen police presence at the borders and discourage "secondary migration," the Interior Ministry wrote on Twitter. Secondary migration is when migrants from non-EU countries move illegally between EU member states.

"Security begins at the borders," said the Christian Social Union politician in a comment to the German tabloid Bild am Sonntag.

Earlier this week, Seehofer extended the presence of controls at the border between Austria and Germany until spring 2020.  An Interior Ministry spokesman said police have continued to identify a large number of people illegally crossing the borders into the country.

Irene Mihalic, Green party spokeswoman for domestic affairs, called the move a "dangerous, anti-European signal." She also criticized the decision for the effect it would have on the police officers.

"The interior minister needs to explain how he plans to guarantee a constant police presence at train stations without having overtime hours for the officers continue to grow," she said in an interview with journalists.

Eva Högl, the Social Democrat (SPD) deputy group leader in the Bundestag, also expressed skepticism. "In principle, it is right to secure the borders and prevent illegal arrivals," she said. "However Europe's open borders are a precious asset and an achievement." She suggested border security measures should be a collaborative project between European countries and the German states.

Germany's borders stretch 3,700 kilometers (2,300 miles). Border checks are not common in the Schengen area, which comprises most EU states. But Germany reintroduced checks along the border with Austria in 2015 amid a surge of refugees entering the country. The two countries stepped up their border control efforts further in 2018.