Figures seen by DW show how many people were caught by German Federal Police after they entered the country illegally between January and November 2018. The total number of illegal arrivals is probably higher. 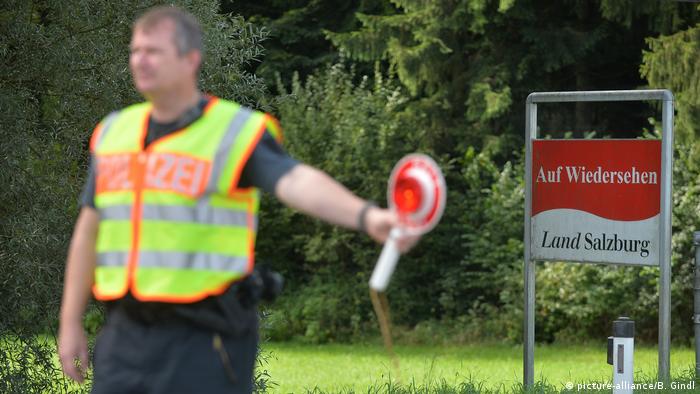 By comparison, some 9,270 people arrived illegally at airports and more than 1,120 people at sea ports.

Most of the migrants were from Afghanistan, Nigeria, Iraq, Syria and Turkey.

The true number of illegal entries was likely higher because the figures did not include the number of people who were not caught after entering the country, police said.

The figures were also higher for Austria because temporary border checks were most comprehensive along the German-Austria border, they added.

The next highest number of illegal crossings was registered at Germany's border with the Czech Republic (3,931), followed by Switzerland (3,724) and France (3,406).

Some 14,000 people who entered Germany by land illegally in 2018 traveled on buses or trains, according to figures seen by the Rheinische Post newspaper.

The total number of registered illegal arrivals has been falling since the height of the European migration crisis in 2015, when Federal Police caught more than 217,000 people entering the country illegally.

German lawmakers have squabbled repeatedly over the country's migration policy since German Chancellor Angela Merkel's decision to allow nearly a million refugees from North Africa and the Middle East enter the country in mid-2015.

Read more: Refugees in Germany: Are they still welcome today?

Most refugees entered the country from Austria, prompting the government to re-impose border checks along the German-Austrian border in late 2015. The government stepped up those checks again in June 2018.

Controls along Germany's land border with other countries are less extensive. All of its neighbors are members of the 26-country visa-free Schengen zone.

Police checks of passengers' identity documents on buses and trains may end soon. The European Court of Justice has ruled that Germany's Schengen membership prohibits such controls.

The southern German state of Bavaria has opened the first controversial center to process migrants arriving through the Austrian border. The facilities are part of a plan to reduce the number of asylum seekers. (01.08.2018)