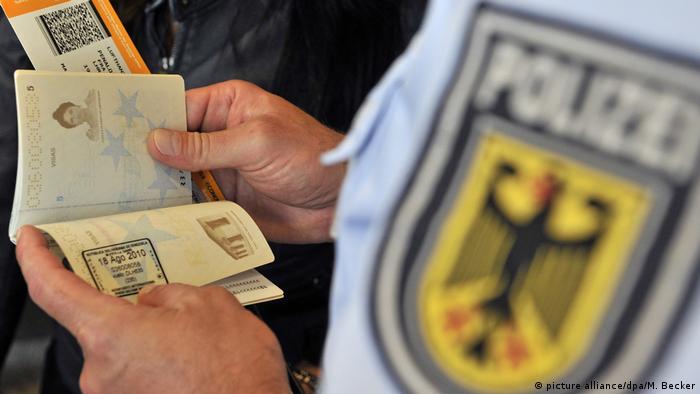 Joachim Herrmann arrived at Monday's interior minister conference in Dresden with an agenda. The Bavarian minister had come to the eastern German city to get the three states that have still banned random police checks to buck up their ideas.

Cunningly, Herrmann took to a Rhineland newspaper - North Rhine-Westphalia (NRW) being one of those states - to make his views known. The fact that Berlin, Bremen and NRW didn't allow the police to stop and identify whoever they liked was a "blatant security gap that urgently needs to be closed," he told the Rheinische Post.

Herrmann also wanted to see random checks extended in border areas, around airports, railway stations and rest-stops, as well as on autobahns that lead in and out of the country. At the moment, such checks are only allowed within 30 kilometers (18.6 miles) of Germany's borders. 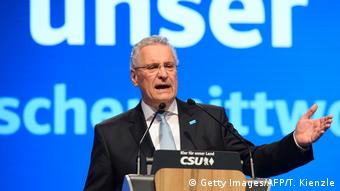 Meanwhile, the parliamentary faction of the two men's conservative political parties - the allied Christian Democratic Union and the Christian Social Union (CDU/CSU) - had put out a statement by lunch time designed to increase the pressure on those recalcitrant states.

"The demand of Bavarian Interior Minister Joachim Herrmann to finally introduce so-called spot-checks in the states of Berlin, Bremen and North Rhine-Westphalia is completely and utterly justified," said Stephan Mayer, the parliamentary spokesman for domestic policy. "Given the basically open borders in Europe, random checks are a necessary instrument for preventing terrorists, criminals and illegal immigrants from entering the country."

Spot-checks are already allowed in airports, and even in Berlin the police are allowed to randomly stop people in designated crime hotspots. Different states have different rules about what the police can and can't do: while in Bavaria police are allowed to search people's cars, clothing and bags, as well as check their identity, in neighboring Baden-Württemberg officers are only allowed to ask for ID. In Saxony, meanwhile, police can search bags but not clothing.

Bavarian government leaders believe that the tactic works. In an email to DW, a spokeswoman for the state's Interior Ministry said that last year, 21,200 crimes had been uncovered as a result of spot-checks. (This was a drop from the 38,100 in 2015, though that was likely to be because Germany introduced border controls in 2016 in the aftermath of the refugee influx). These 21,200 included 4,700 drug offenses and over 4,300 violations of immigration law.

But a study made last year by the Hesse University of Applied Sciences and sent to the NRW state parliament found that the "hit rate" for spot-checks was very low and usually did not reduce the types of crimes that they were supposed to. For instance, in the state of Hesse, around 1.6 million vehicles and 3.2 million people were randomly checked between 2001 and 2015, of which 145,000 people, 4.5 percent, were deemed suspects - in around half of these cases, the crime in question was drug-related. 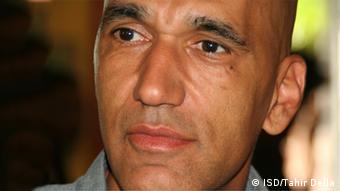 For many Germans, the problem is not efficacy, but the inevitable racial profiling that goes with random police checks. Tahir Della, spokesman for the Initiative for Black People in Germany (ISD Bund), says spot-checks are already part of everyday life for people of color in the country.

"I've got three young sons - young men now - who are constantly getting checked in their own neighborhood in Munich, where they live. Sometimes by the same policemen, who ought to know them by now. " Della told DW. "Of course these things lead to a loss of trust. You have diminishing trust in the police, and of course you have the perception that there is still a doubt over whether German society really is diverse and is not just made for white people."

NRW-based lawyer and Left party spokesman Jasper Prigge doubts whether the tactic is an effective method against terrorism, and says the privacy concerns could have constitutional consequences. Prigge said the racial profiling problem is also legally problematic, because of the constitutional ban on racial discrimination. "Skin color is not allowed to be the main reason why I get stopped, unless there's a direct suspicion of a crime," he said.

Germany has been steadily increasing internal security in the country over the past year, with new facial recognition software being tested in conjunction with high-definition surveillance cameras in railway stations.