There have been reports of racial profiling, abuse of refugees, revelations from neo-Nazi investigations and criticism from the UN. But the German government says police do not have a problem with institutional racism. 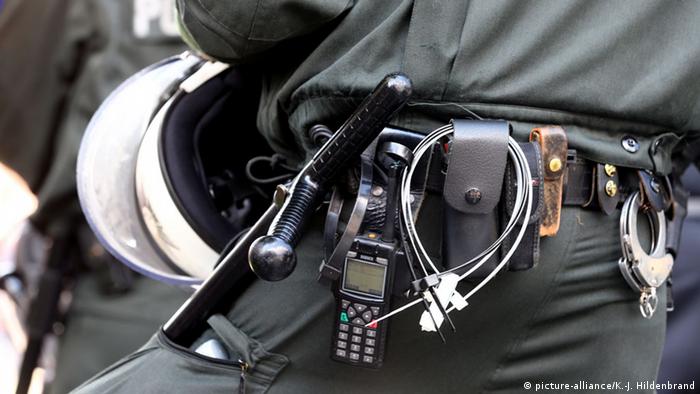 An uninvestigated string of racist murders, the death of asylum seeker Oury Jalloh while in custody in Dessau and more and more racial profiling cases in German courts - despite the accumulation of incidents and accusations, the German government insists its security forces do not have a problem with racism.

The Interior Ministry reached the conclusion this week after considering a list of official questions submitted by the Left party, which were themselves prompted by a United Nations report released in May. The UN's Committee on the Elimination of Racial Discrimination had, once again, condemned Germany's record on dealing with institutional racism - particularly when it came to racial profiling by its police force.

"The Committee is concerned that [the German Federal Police Act] leads de facto to racial discrimination," the UN committee's report said, "especially taking into account ... the criteria used by police to carry out these checks which involve notions such as 'feel for a certain situation' or 'the persons' external appearance.'" 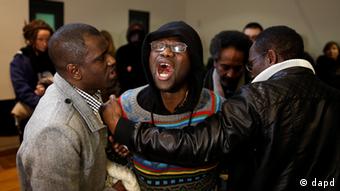 The initial investigation into the death of Oury Jalloh sparked outrage

The UN is not the only international body that has said Germany has a problem. In early June, following media reports of how the Hannover police had abused and humiliated refugees, the Council of Europe's human rights commissioner, Nils Muizneks, said "this concrete example has made clear that racism exists here too."

"Institutions in Germany needed to first recognize the existence of institutional racism," he told the website Mediendienst Integration. "Only then could effective measures be taken to combat it."

Step one: Admit the problem

But apparently the government is not yet ready to take that first step. In its response to the Left party's question, the Interior Ministry said that since so many of the complaints against the federal German police related to "police measures that were subjectively seen as unwarranted," there was "no grounds to ascertain a structural problem." In other words, people complaining about police abuse had just got the wrong impression.

"I think this is unbelievably cynical," said Sevim Dagdelen, the Left party parliamentarian who drafted the questions to the government. "I hadn't expected the government to so brazenly push this aside and simply not see a reason to do anything about racism in the police or the authorities."

Recent revelations from official investigations into murders committed by the National Socialist Underground (NSU) have, in theory, brought more scrutiny to racism in the German police. 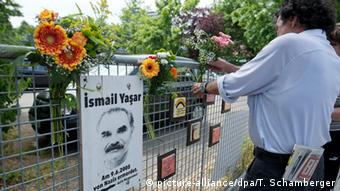 The NSU murdered at least 10 people

The NSU - a far-right underground group that murdered a police officer and nine additional people of immigrant descent, set off at least two bombs, and carried out 14 bank robberies - remained undetected by the authorities for over a decade, even though the intelligence agencies had dozens of informants in the far-right scene. One secret service agent was even at the scene of one NSU murder and has claimed that he did not notice the body. The suspicion that intelligence agencies protected their far-right informants who had colluded with neo-Nazi murderers hangs over the parliamentary investigations, which are still under way in several German states.

The German police, meanwhile, failed to catch the murderers in part because they consistently dismissed the possibility that they were far-right motivated, and instead sought non-existent links between the victims' relatives and Turkish organized crime.

The government's answer does not address the NSU question other than to say that investigations are ongoing. "It's as if there have been no findings and no lessons learned from the NSU scandal," said Dagdelen.

"The mere fact that at this point we still have four or even five investigative committees under way in several state parliaments, shows clearly that there is an institutional issue at play," said Joshua Kwesi Aikins of the advisory board at the Initiative for Black People in Germany (ISD).

For him, the fact that so many unconnected police forces in Germany were driven by the same prejudices is telling.

"There are shared notions about white identity and the otherness and the deviance of people of color," he said. "This explains why in the NSU case, very different police organizations would come to similarly flawed conclusions because there is a shared imagination that links people of migrant backgrounds with deviance and corruption."

A Munich court has appointed another defender for Beate Zschäpe, the main figure in Germany's trial of neo-Nazi suspects accused of a series of racist killings. The trial has been running since 2013. (06.07.2015)