Police have raided 40 hate-speech suspects across 12 German states as probes continue into the murder of pro-refugee politician Walter Lübcke. Internet posts were made before and after he was shot dead in June last year. 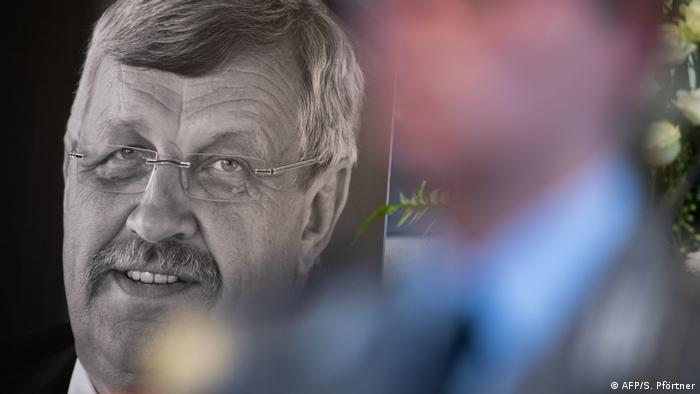 The alleged offenses attributed by prosecutors to Germany's far-right scene included public incitement to commit crimes, endorsing crimes, and making disparaging remarks to harm the memory of the dead.

Prior to his murder, Lübcke, a member of Chancellor Angela Merkel's Christian Democrats (CDU), had publicly defended Berlin's 2015 decision to welcome into Germany hundreds of thousands of refugees.

Lübcke's murder had been preceded by rabble-rousing in the internet, said Justice Minister Christie Lambrecht.

"Therefore it must be clear: Those who threatened people must reckon with prosecution," she warned.

"Whoever agitates and stirs up hatred in the virtual realm must be shown [their] very real limits," insisted Beuth.

Frankfurt's Higher Regional Court is due to begin the trial of two key suspects on June 16.

Accused of murder is the 44-year-old Stephan E., whose name is shortened under German privacy law, and his alleged accomplice Markus H, aged 46.

Documenting Lübcke's murder on the first anniversary last Tuesday, German media cast both men as being active for years in far-right extremist circles.

Stephen E. is also accused of the nearly fatal stabbing of an Iraqi asylum-seeker near a hostel in the Kassel region in January 2016.

Officials said an uptick in right-wing extremism have created a "climate of fear." The revelation of an ex-neo-Nazi sympathizer in Angela Merkel's party is the latest political debacle related to the extreme right. (17.12.2019)

The raids are part of a Germany-wide probe into online hate posts linked to last year's election. Prosecutors said politicians are being insulted and threatened online on a massive scale.

There was an increase in abuse against politicians across Germany in 2020, new figures show, with extremists more and more willing to resort to violence. Local-level politicians are particularly vulnerable.