Police in Bavaria have seized a whopping 230 kilograms (507 pounds) of marijuana from a semi truck with an Albanian license plate near Passau. Authorities were tipped off by the smell of marijuana in the truck bed. 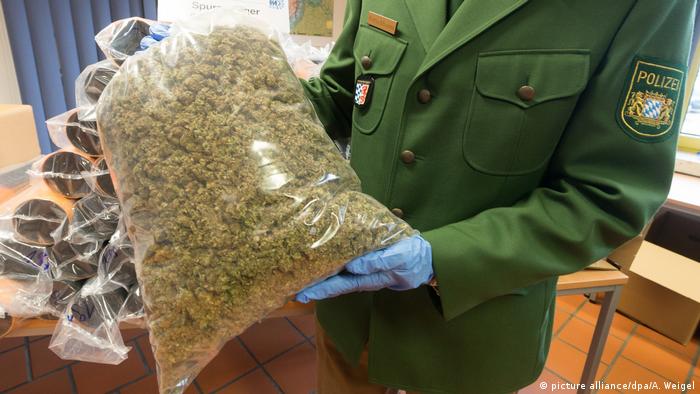 A traffic stop in near the southern German city of Passau turned into a drug bust as authorities uncovered hundreds of kilograms of cannabis, Bavarian police announced on Thursday.

The discovery was made on Monday after police stopped the vehicle, which they described as "defective." 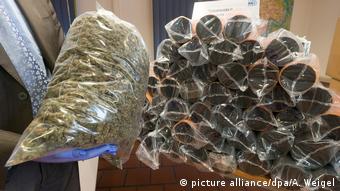 The drug was stashed into hollow shelving legs

When officers investigated the truck bed, they found 72 empty plastic lattice boxes and a curious smell.

The officers' "good nose" tipped them off to the presence of marijuana, the police statement said. The drug was stuffed in the 300 hollow shelving legs which were holding up the empty boxes. In total, 230 kilograms (507 pounds) of marijuana were uncovered.

Boxes had been loaded on the truck in Italy, which was en route to Holland at the time the traffic stop took place, police said, adding that the vehicle had Albanian license plates.

The announcement comes one day after Albanian police seized 1.3 metric tons of cannabis along with weapons and ammunition from a storage space and vacant house outside the capital, Tirana.

Half a dozen people in Ribnitz-Darmgarten required medical attention after they unwittingly ate a cake laced with cannabis oil. Police are investigating whether the baker responsible violated the country's drug laws. (18.09.2016)