Potsdam's Christmas market was hurriedly cleared as the bomb squad disabled a suspicious package nearby. Police are trying to determine whether the object was a real explosive device or a dummy. 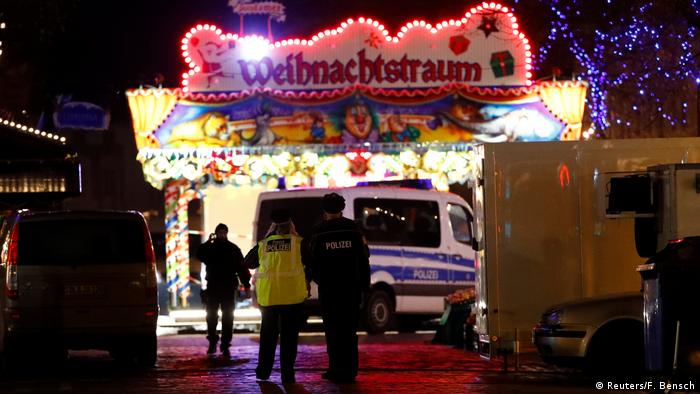 — Authorities in the eastern German city of Potsdam have evacuated a Christmas market to investigate a suspicious object.

— The package contained a "cylindrical object with cables, batteries and nails," but police have said that so far no detonator has been found, suggesting either that the device was an intentional dummy or had been assembled incorrectly.

— Germany has upped security at Christmas markets this year following a 2016 attack in Berlin that killed 12 people. 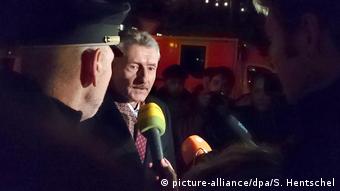 Brandenburg state Interior Minister Karl-Heinz Schröter told reporters on Friday evening that the suspicious package contained nails and powder, adding that authorities were still verifying whether that powder was explosive.

X-rays have confirmed the presence of nails, but the powder might be fake, designed to look like a bomb, he added.

Responding to the suspicious package earlier in the evening, Brandenburg state police said it appeared to contain an "improvised explosive device."

The device was successfully disabled after special forces from the federal police arrived on the scene, police said.

The package had been delivered to a pharmacy near the Christmas market. Upon opening the package, a pharmacist called the police.

Authorities then cleared the nearby Christmas market and conducted a search.

Shortly before 10 p.m. local time (21:00 UTC/GMT), police said a search of the area had been "completed" and nothing else was discovered.

Meanwhile, police in Potsdam said that as a result of Friday's incident, they will bolster their presence at the Christmas market with extra officers from Germany's rapid response and support division, the Bereitschaftspolizei.

Authorities in neighboring Berlin said their personnel had been put on alert, but were waiting to find out more information about the incident in Potsdam.

Last December, an attack on a Christmas market in the German capital killed 12 people when a failed asylum seeker drove a truck into the crowd. Tunisian national Anis Amri was shot dead by Italian police in Milan four days after he committed the attack.

Since then, Germany has been on high alert for possible terror attacks. As Christmas markets began opening across the country over the past week, police beefed up their presence, with authorities erecting car barriers.

He added that the threat of a terror attack is "simply high, anytime and anywhere," but noted that "Christmas markets are part of our lives and culture."

In the wake of terrorist attacks, one of the key questions is who will cover the damages. Demand for special insurance policies is on the rise. The risk potential, however, remains completely incalculable. (01.12.2017)