Cities across Germany are boosting security for Christmas market season, following the deadly truck rampage in Berlin last year. The city of Bochum put out massive car barricades – and then giftwrapped them. 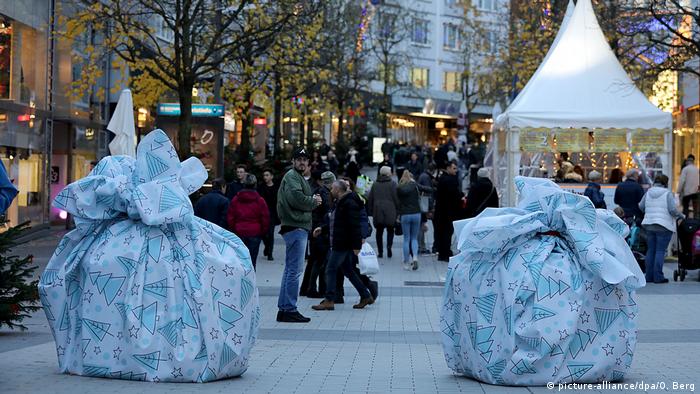 Bochum authorities placed a string of 1.2 ton pellet bags in the downtown area to avert potential terror attacks ahead of the seasonal opening of the local Christmas market.

On Thursday morning, however, the bags took on a holiday look, with the city's official marketing service turning them into novelty Christmas presents.

"For us it was very important to fit in those ugly barriers into the beautiful overall atmosphere," said the head of Bochum Marketing Mario Schiefelbein.

The move surprised both local residents and the police, as the service reportedly giftwrapped up all of the 20 bags overnight without forewarning.

Other cities across Germany are also boosting their security ahead of the events, fearing a repeat of last year's on a Christmas market in Berlin, when a Tunisian man killed 12 people by driving a stolen truck into the crowd.

Bochum is not the only city to put a bow on new security measures. In the Bavarian city of Augsburg, for example, authorities will use decorated trucks belonging to Christmas market stall owners as car barriers. Munich officials plan to block the streets with planters containing season-appropriate evergreen plants.

Officials also announced that more police officers, both in uniform and in civilian clothing, will be securing the open air markets.