Terrorism insurance: Doing business with fear in Germany | Germany| News and in-depth reporting from Berlin and beyond | DW | 01.12.2017

In the wake of terrorist attacks, one of the key questions is who will cover the damages. Demand for special insurance policies is on the rise. The risk potential, however, remains completely incalculable. 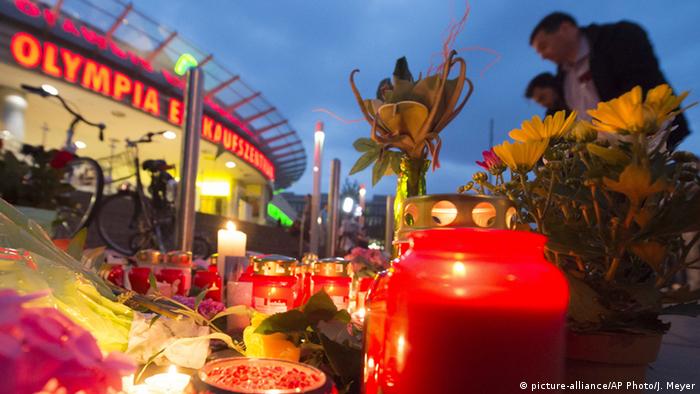 Over the last couple of years, Germany has had its share of shooting sprees and terrorist attacks. They include a mass shooting in Munich (above), the detonation of an explosive device outside a music festival in Ansbach and the Berlin Christmas market truck attack, all in 2016. German Interior Minister Thomas de Maiziere has repeatedly warned that the threat level remains high and that the country expects further terrorist attacks carried out by either single perpetrators or terrorist groups.

The insurance industry also woke up to the potential of this threat in the wake of the September 11, 2001 terrorist attacks in the United States.

Demand is on the rise, said Gerhard Heidbrink, board chairman of Cologne-based insurance company  Extremus. In 2004, the insurer's aggregate liability amounted to €410 billion ($488 billion), which has since surged to €670 billion. At the time, the threat risk had already been deemed high, and the company's figures showed that both threat potential and the desire to buy insurance policies that cover terror damages had increased, Heidbrink told DW. In the wake of the 2015 terror attacks in Paris, liability limits rose significantly. During that period, the insurer recorded an increase of some 25 percent, he said. Björn Reusswig is a terrorism expert at AGCS

Special terrorism insurance policies have existed for more than 15 years. Extremus was founded by leading German insurance companies Allianz and Zurich. The associates jointly cover losses over €25 million. With regard to the private sector, they cover property damage caused by terrorist — or politically motivated — attacks in Germany as well as resulting service interruptions up to an amount of €2.5 billion. A government guarantee covers damages in excess of that amount. Thus, the maximum compensation amount available for covering terrorism damages totals €10 billion annually. Compensation for victims of terrorist attacks, however, is not covered by Extremus.

The 9/11 attacks are considered to be the impetus for launching the terrorism insurance business worldwide. Covering the destruction cost insurers some $58 billion — a record figure in the industry.

Practically overnight, Germany's insurance sector realized that potential damages in the billions of euros could lead to a market collapse in the country. Up to that point, damages causes by terrorist attacks in Germany had not been explicitly excluded from conventional property insurance policies, allowing for unlimited coverage. Many companies had reassessed the situation, too, opting to insure themselves against financial losses in the event of property damage or service interruption, Heidbrink said. For many companies, he added, property damage was less serious than the resulting "service disruption damages," which could lead to considerable losses of income.

Damages running into millions bring insurers to their knees

"We have single perpetrators who attack a crowd of people with a gun, or with a car. In such cases, property damage is negligible. However, if you have an armed terrorist group, equipped with explosives belts, which we saw in the Brussels airport attack, amounts in the €500 million scale can be reached," said Heidbrink. Damage from the 2016 Brussels Airport attack, he estimated, amounted to €300-400 million — covering that would have been beyond the capabilities of any single insurer. And there was an additional problem, Heidbrink added: "In Germany, we have hardly any experience with that kind of property damage, and we don't have an idea as to the extent of the damages." 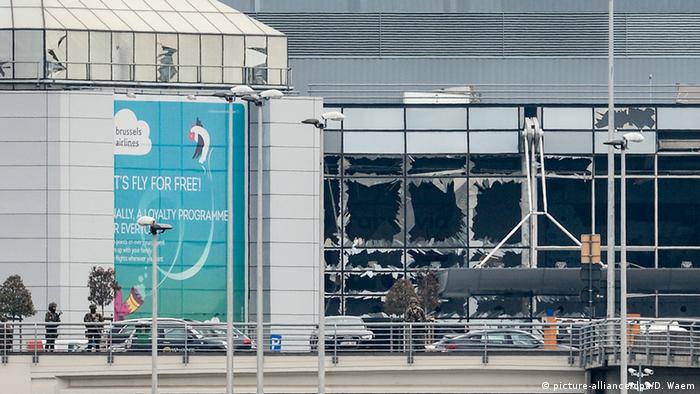 In 2016, terrorists destroyed the departure hall of Brussels Airport

Obviously, extremist acts and the notion of calculability exclude each other. "Terrorist attacks are not predictable — not just with respect to time and place, but also with respect to their execution. This, of course, presents us with certain challenges, but we are trying to analyze this to the best of our abilities, and price accordingly," said Björn Reusswig, a terrorism expert at international industrial insurer Allianz Global Corporate & Specialty (AGCS). When it comes to assessing threats, AGCS works closely with red24, a crisis management service agency which analyzes security risks worldwide.

Threat situations are insured as well

Since January 1 of this year, Extremus has been offering so-called "threat insurance," which covers the costs if, for example, a shopping center is closed by authorities because it is presumed to be the scene of a terrorist attack. "In this sector, we had three additional damage claims this year," said Heidbrink: "One of them is by no means insignificant." Since local authorities presumed that a terrorist attack was imminent, Extremus covered the losses incurred — although it transpired later that there had never been any actual terrorist threat.